8:45 a.m. TUESDAY UPDATE: Tornado watch issued for most of region 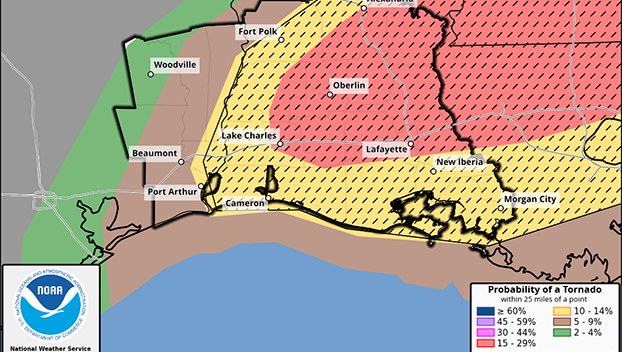 The Tuesday tornado outlook issued by the National Weather Service.

A tornado watch was issued for much of the area at 7 a.m. Tuesday. 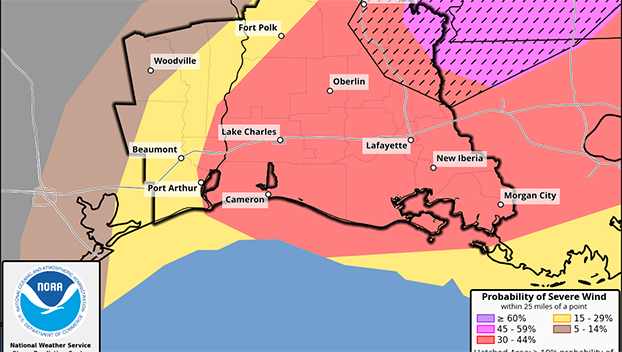 According to the National Weather Service, the threat for severe weather continues, including damaging winds, a few tornadoes and large hail.

Tornadoes have the potential to be stronger than EF2.

All five Orange County public schools will not hold classes Tuesday due to the inclement weather.

Little Cypress-Mauriceville ISD, Bridge City ISD and Orangefield ISD each made the decision Tuesday morning to not hold classes, as well. Those three originally decided to start a few hours later Tuesday but decided Tuesday morning that school would be closed.

All five district intend to be back on their regular schedule on Wednesday. 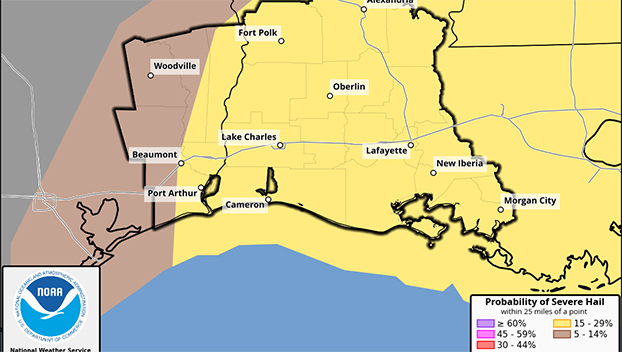 The Tuesday hail outlook issued by the National Weather Service.