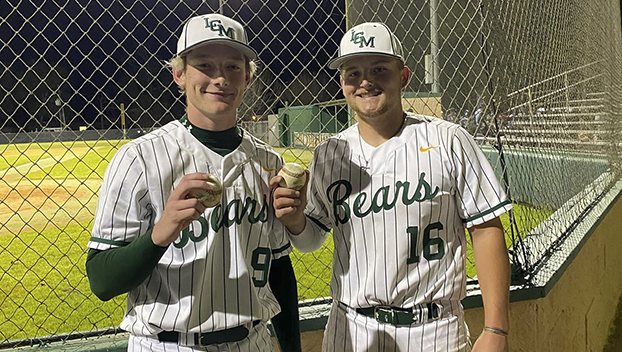 LC-M's Ashton Landry and Gunner Johnson each had home runs for the Bears against WO-S. (Photo courtesy LC-M Baseball).

Ashton Landry was dominant on the mound for the Bears (now 2-0 in district). Landry tossed a complete-game shutout, allowing just one hit over six innings while striking out seven Mustangs.

Landry was also 1-for-4 at the plate with a home run and three runs batted in.

Reid Peco went 3-for-3 with a RBI. Bear catcher Gunner Johnson was 2-for-4 with a home run and a RBI.