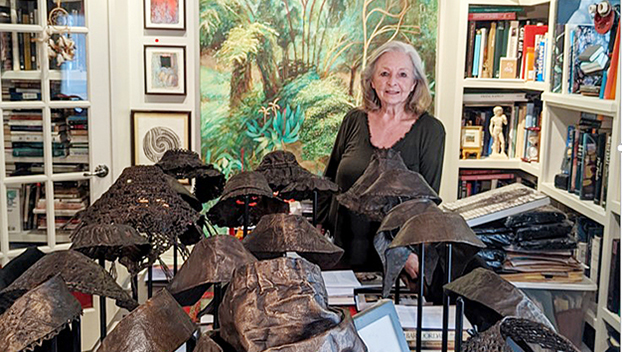 Carolyn Marks Johnson poses during the creation of her "Woman, the Spirit of the Universe" exhibit, which will be displayed for two months at The Museum of the Gulf Coast. (Courtesy photo)

Carolyn Marks Johnson designed and created bronze collars honoring 21 women throughout history who have made a difference in the struggle for women’s rights.

“The collar is my icon for a gender-based social statement to uplift the woman honored with a symbol of her life,” Johnson said.

“Not all such women could be included in this exhibit, but the representatives here take in many others. You will notice that both Margaret Brent and Abigail Adams surrounded themselves with lace. I think both women used lace as a disguise for their very strong personalities and intelligence.

“Collar styles change, and as we move into the 21st century, our strong women wear the same type of collar, which I see frequently on women in the political world.” 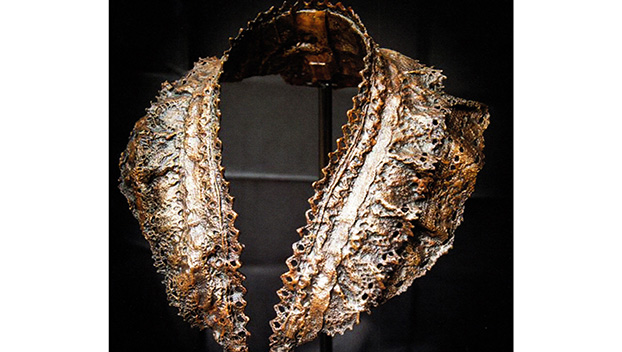 Her long artistic journey started with the seven-year process of meticulously recreating each piece by hand-cutting and stitching each cotton collar. Each was then dipped in wax and then a plaster foundation.

The interior was burned out at an extremely high temperature leaving a cast. The bronze was poured into the cast, and after cooling, the cast was carefully removed, and the bronze surface was given a final patina and then polished.

Displays officials said the most iconic collar of local time is the white lace collar of Ruth Bader Ginsberg. When she died, a Ginsberg collar was placed on the running girl statue in tribute. She was also known to wear different collars to express a variety of messages while sitting on the court.

Collars have always had a distinct purpose, which was often overlooked because of what they had come to represent. In the 1800s, the American Middle Class adopted collars as a symbol of their professional status.

“White-collar” and “blue-collar” entered our lexicon about 1910. Today, male collars have been reduced to classic plain lines, while women’s collars are elegantly styled.

The Museum of the Gulf Coast will host an opening of “Woman, the Spirit of the Universe” from 6:30 to 8 p.m. Friday at 700 Procter Street in Port Arthur. The exhibit will be on display through May 30.

Johnson is a retired state district judge who lives in the Houston area. 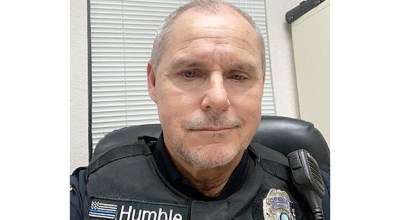 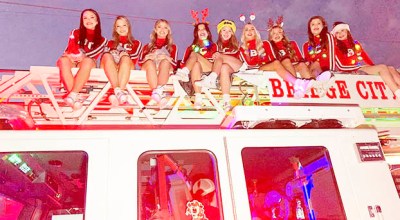