Longron,Bobcats rumble past Cardinals in 5 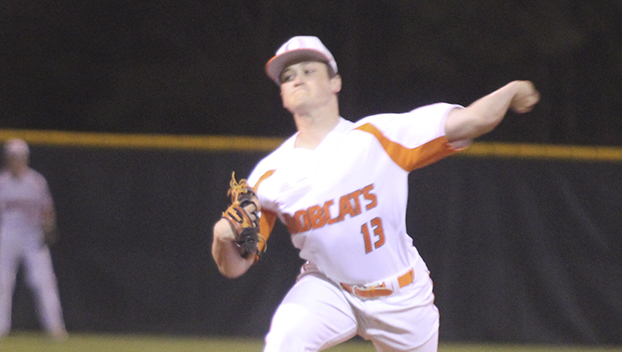 ORANGEFIELD – Orangefield’s Cooper Longron didn’t allow a single run against Bridge City Friday night, throwing a complete game shutout and leading the Bobcats to a 10-0 victory over the Cardinals in District 22-4A action.
Orangefield (12-1-1) got on the board in the first inning when Jason Bodin singled on a 2-2 count, scoring one run.

The Bobcats scored four runs in the fourth inning off the Cardinals (11-5, 1-1) The offensive onslaught came from walks by Rusten Traxler and Macoy Marze, a single by Brennon Lecoq, and a double by Bodin.

A single by John Van Huis in the first inning was a positive for Bridge City.
The left-handed Longron went five innings, allowing zero runs on two hits, striking out five and walking one.

Braylen Collins took the loss for Bridge City. Collins went one inning, allowing one run on one hit.

The Bobcats collected eight hits in the game.  Kyle Michael, Lecoq, and Bodin all managed multiple hits for Orangefield.

Orangefield will travel to Lumberton to face the Raiders Tuesday while the Cardinals return home to face Silsbee.