Lady Cardinals squeeze out one over Lady Bobcats in 8 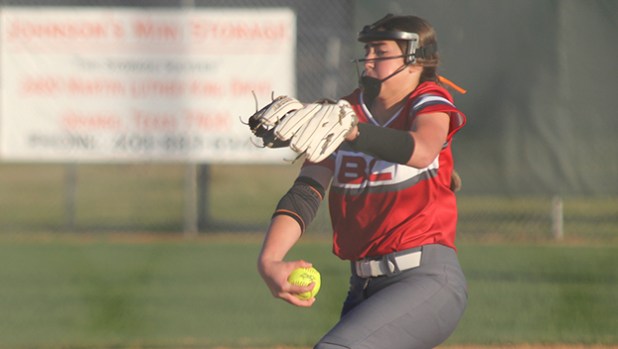 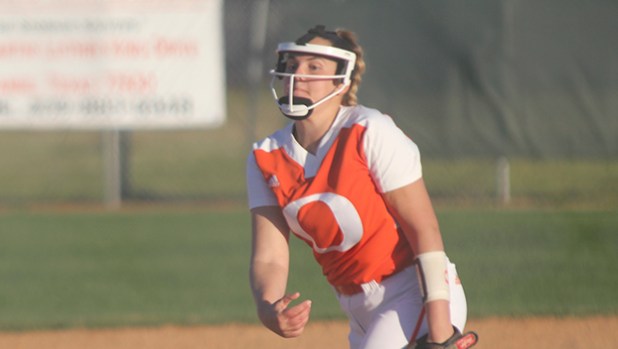 ORANGEFIELD – It certainly was not easy but the Bridge City Lady Cardinals remained undefeated in District 22-4A play with a hard-fought 3-2 victory over the Orangefield Lady Bobcats in eight grueling innings at Lady Bobcat Field Friday night.

Bridge City’s Nicole Sasser scored the game-winning run with two outs in the top of the eighth inning when she darted home after an errant throw to third on a pickoff attempt.

Lady Cardinal ace Carson Fall then retired the Lady Bobcats in order in the bottom of the eighth to nail down the win.

Fall went the distance for the Lady Cardinals (4-0 in district). She allowed just two hits, both coming in the first inning. She piled up 19 strikeouts and walked five. In her last three games she has recorded 55 strikeouts.

The Lady Cardinal win offset a nice mound performance from Lady Bobcat Abigail Curphey. Curphey tossed all eight innings, scattering eight hits. She collected 12 strikeouts of her own and did not issue a walk.

Bridge City struck for a run in the top of the first. Kaylyn Dosch led off with an infield single, went to second on a passed ball and scored when Marlee Strong lifted a deep fly ball to leftfield that was dropped.

The Lady Bobcats (2-1 in district) retaliated with two runs in the bottom of the first.

Joli Ponfick had a leadoff single between first and second and Madison Hughes reached on an infield single. Harleigh Rawls was hit by a Fall pitch to load the bases with no outs.

With one out, Abby Broussard reached after hitting a grounder to third. An errant throw from third to first allowed two runs to come in as the Lady Bobcats snared a 2-1 edge.

The Lady Cardinals knotted things up in the top of the second.

Sasser, who was 3-for-4, had a leadoff double to center and moved to second on a sacrifice bunt by Haley Munoz. Laurie Barg then put down a nice bunt single as Sasser ended up beating the tag at home to make it 2-2.

The Lady Bobcats left seven runners on base between the third and sixth inning as Fall got out of a couple jams, especially when Orangefield had the bases loaded in the bottom of the sixth. Fall, after issuing two walks and shaking off an error, got Madison Hughes to strike out to get out of it.

The Lady Cardinals will return home Tuesday to host Silsbee while the Lady Bobcats will make a trip to Lumberton.