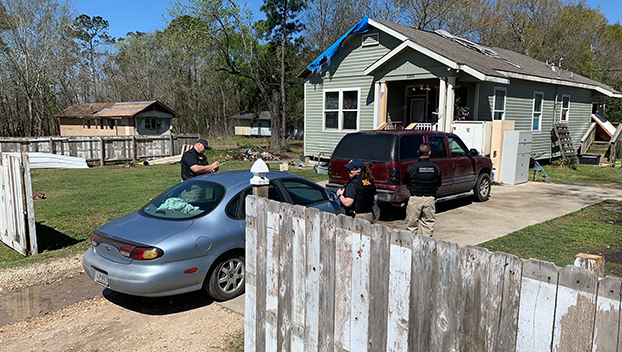 The Orange County Sheriff's Office released this photo documenting the recovery of a stolen vehicle.

ORANGEFIELD — A group effort of law enforcement team members led to the discovery of a stolen car Wednesday in Orange County, authorities said.

According to the Orange County Sheriff’s Office, narcotics division and support division personnel “proactively performing” assigned duties in the 5000 block of Caribou Street noticed a Ford Taurus that matched the description of a reported stolen vehicle. 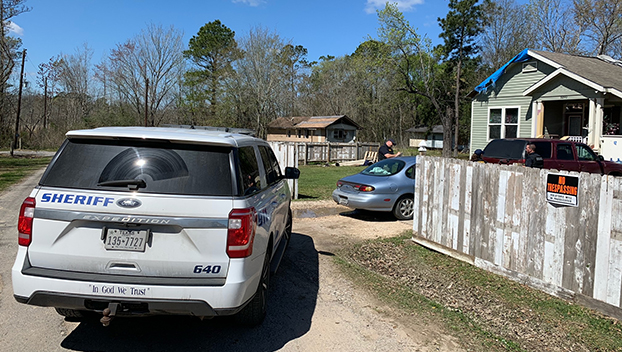 The Orange County Sheriff’s Office released this photo documenting the recovery of a stolen vehicle.

The vehicle, reported stolen out of Vidor, was parked at a residence.

“Detectives and deputies were able to confirm the vehicle was stolen with the assistance of Orange County Telecommunications Division,” a Sheriff’s Office release said, “and it was recovered for the Vidor Police Department.”

The Sheriff’s Office said detectives identified a possible suspect, along with information “to further other investigations unrelated to this offense.”

Suspect information or details on possible arrests was not immediately released.