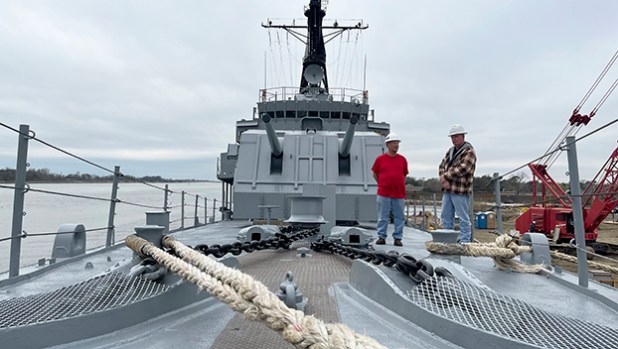 From left: Craig Bernat, treasurer of the Jacksonville Naval Museum, talks with Larry Kinner, Gulf Copper estimator, on the USS Orleck. Behind them is a 5-inch/38 caliber gun that shot more than any other vessel in Vietnam. (Monique Batson/The News) 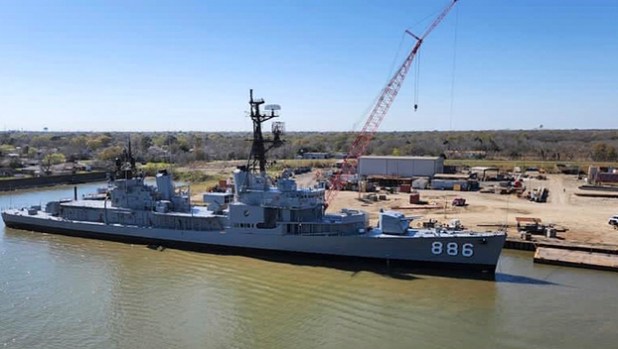 The USS Orleck has been in Port Arthur for restoration since December and will be headed to Jacksonville next week. (Courtesy photo) 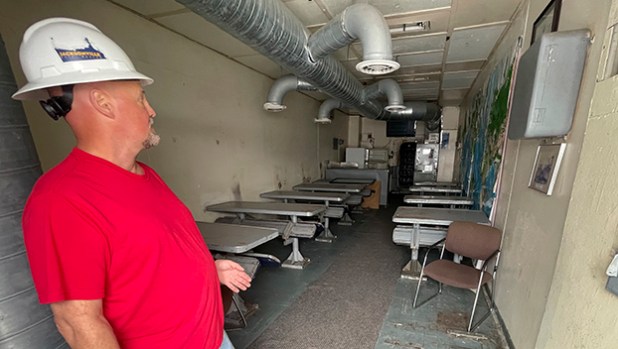 "Somewhere along the line, either the U.S. Navy or the Turkish Navy converted this into a first-class petty officer mess hall," Craig Bernat. The goal, he said, is to eventually reconfigure the cafeteria space to how it would look in the Vietnam era. (Monique Batson/The News) 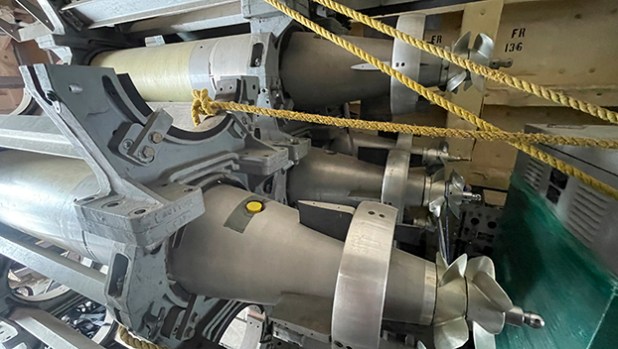 Pictured are dummy versions of torpedoes that originally belonged on the vessel. (Monique Batson/The News) 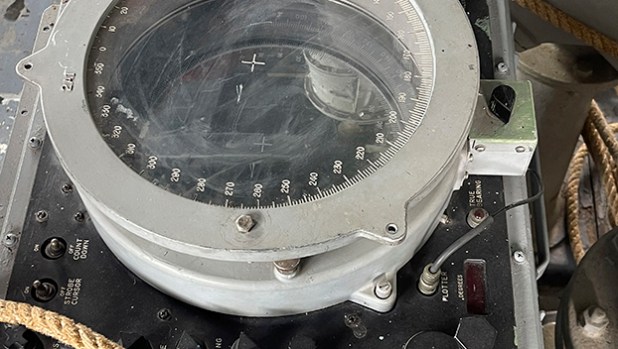 Several pieces from the vessel, including this radarscope, were pulled out and used in the 2021 film ‘Greyhound,’ starring Tom Hanks. (Monique Batson/The News) 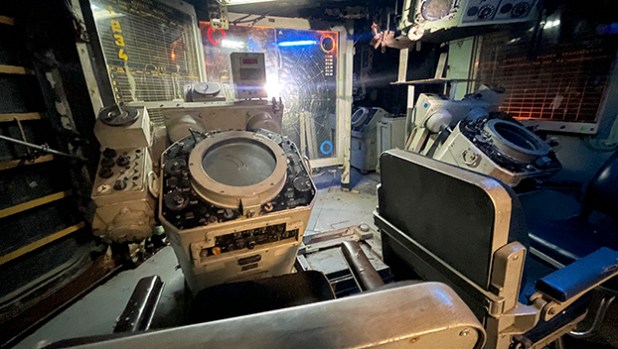 Servicemen on this side of the combat information center would track airplanes and write their locations in grease pencil backwards on the clear board seen in the back. (Monique Batson/The News) 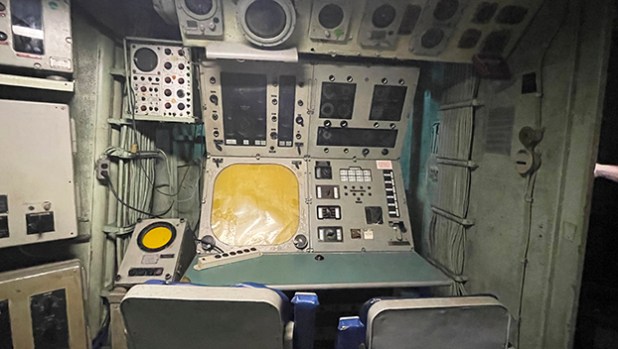 PORT ARTHUR — After docking in December for restoration, the USS Orleck Naval Museum will be leaving Port Arthur for Jacksonville next week.

But in the last few days, the historic vessel has already had its first visitors.

“One gentleman actually worked on the Orleck when it was being built in Orange,” said Larry Kinner, Gulf Copper estimator. “Before it was even finished, he got drafted into the Navy and never saw it finished. There was another gentleman that worked on the sister ship being built at the same time. And there was another gentleman that was actually on the Orleck when he was discharged in 1959.”

It was, Kinner said, emotional.

“There’s a lot of history in that thing,” said Eric Callerman, general manager for Gulf Copper. “It was built in Orange, went to war, and came back to Orange at one point. We sold it to Turkey at one point; we bought it back. It went to Lake Charles and went through a couple of hurricanes. Now it’s back close to Orange and headed to Jacksonville. It’s pretty cool.”

Commissioned by the Navy in 1945, the Orleck, which was built for 10 years of use, has spent more than 53 years in service. The destroyer served in Korea and Vietnam, and is the most-decorated warship since WWII, according to Bob Orleck, whose uncle was the vessel’s namesake.

In 1982, it was transferred to the Turkish Navy before being returned to Southeast Texas in 2000.

But following that, the Orleck would see a different kind of war as it moved between Orange to Lake Charles.

“The two recent hurricanes in Louisiana did quite a bit of damage to the hull,” Kinner said. “Some of the damage stems from Hurricane Rita when it was in Orange.”

Callarman said the vessel sustained a large amount of damage.

“There were tons of leaks on the Orleck,” he said. “When we brought it out of dry dock, it leaked for a week. It had taken on so much water.”

The intent to move the destroyer to the Port Arthur shipyard for restoration began years ago. The Jacksonville Naval Museum Association raised funds to have it towed to Gulf Copper, repaired, and have it towed to Florida where it will eventually open to tourists.

“I think she will easily make it to her 100th birthday,” said Craig Bernat, treasurer of the Jacksonville Naval Museum, who was aboard the vessel Friday helping prepare it for tow. “The goal is to preserve what you have and make it look nice outside.”

While in Port Arthur, the Orleck received about $2 million in restorations.

“We blasted the hull, put a nice coat of paint on the hull, did some deck repairs to make sure it was seaworthy to go from Port Arthur to Jacksonville, and of course we painted the entire vessel,” Kinner said. “She does look nice. I’ve got pictures from when she was in Lake Charles; and if you look at those compared to what it looks like now, it’s drastic.”

The Orleck’s permanent berth is not complete, so she will dock at a temporary location in Jacksonville before moving to a finished pier. Plans are to open the museum to visitors by this summer.

Bernat said Jacksonville will keep the ship until it is “no longer cost effective.”

At the end of their life, vessels are sent to Brownsville, where the historical items are removed and the rest is used for scrap metal or sent out to see to be used for reef diving.

“We stuck with it, and we stayed committed to hopefully playing a part in its restoration,” Callarman said. “We’re extremely proud as an organization that we made it happen.”

Donations to help the Orleck can be made at JaxNavalMuseum.org.

Joe Orleck’s father emigrated here from Russia in 1904. At the age of 17, Joe joined the U.S. Navy and served for decades. He was also a boxing champion.

“He was one of those kind of guys that was destined to do heroic things and he did,” Bob Orleck previously told Port Arthur Newsmedia. “He saved a lot of lives. He was worthy.”

During WWII, Joe was aboard the USS Nauset in the Gulf of Salerno when it was bombed. Along with his first mate, he saved as many men as possible before returning to the vessel to move it.

“It hit a mine. He went down with the ship,” Bob said.

However his mother, who had been ill, was never informed. Instead, family told her that Joe was serving on a special mission overseas. They sent her gifts and letters from him, and she died believing he was still alive.

Two years after his death, the Navy would create a destroyer and name it in Joe’s honor.