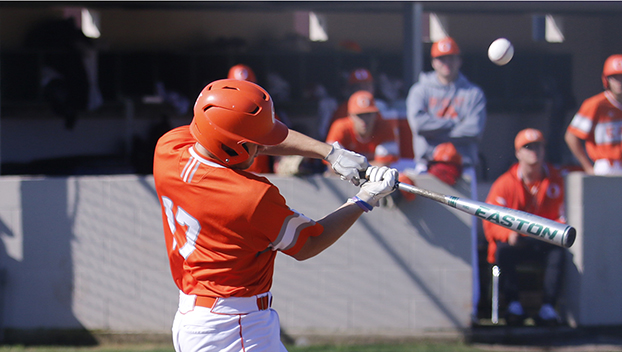 Trent Eaves was brilliant on the hill on Thursday, as Eaves threw a no-hitter to lead Orangefield past Evadale 11-0.

Orangefield got things moving in the first inning, when Sylvester’s wild pitch allowed one run to score for Orangefield Bobcats.

Eaves was credited with the victory for Orangefield. He lasted five innings, allowing zero hits and zero runs while striking out ten and walking one.

Sylvester was on the mound for Evadale. The hurler allowed five hits and nine runs over three innings. Lyles threw one inning in relief out of the bullpen.

The  Bobcats tallied seven hits in the game. Eaves and Kameryn Henderson both collected multiple hits for Orangefield. The Bobcats tore up the base paths, as two players stole at least two bases. Caleb Fregia led the way with two.

Jason Bodin shut down Warren , throwing a complete game shutout and leading Orangefield to a 10-0 victory on Thursday.

Orangefield  opened up scoring in the first inning.  Orangefield scored one run when Kyle Michael singled.

A single by Eli Tibbetts in the sixth inning was a positive for Warren .

Bodin got the win for the Bobcats. The righty allowed one hit and zero runs over six innings, striking out 12.

Parker Broccato led things off on the mound for Warren. Broccato lasted five innings, allowing four hits and four runs.  Chance Gray threw one and two-thirds innings in relief out of the bullpen.

The Bobcats totaled 13 hits.  Michael, Caleb Fregia, Kameryn Henderson, and Lecoq all collected multiple hits for Orangefield. The Bobcats stole seven bases during the game as two players stole more than one. Bodin led the way with two.  Orangefield  was sure-handed in the field and didn’t commit a single error.

The Bobcats improve to 10-0-1 on the season, and will play Tarkington on Saturday.  District play begins next week at Silsbee.