TAKE A LOOK at the future of Bridge City athletics; expectations and possible timeline shared 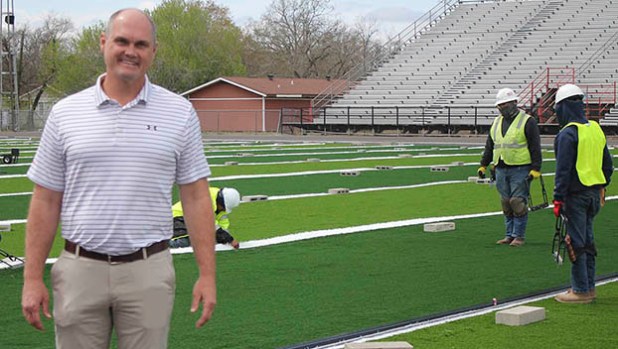 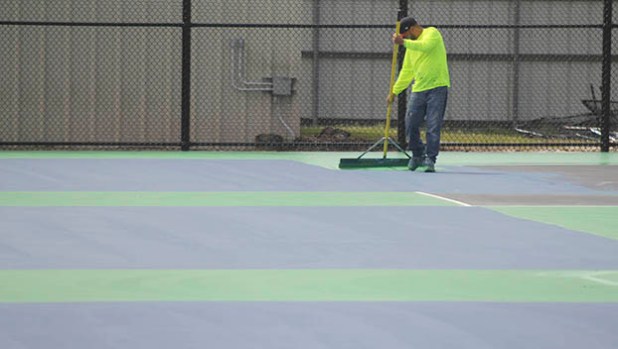 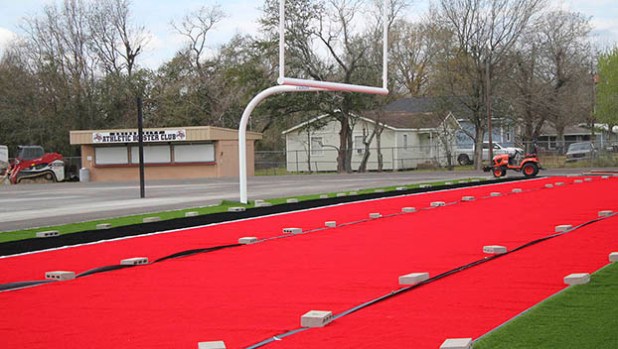 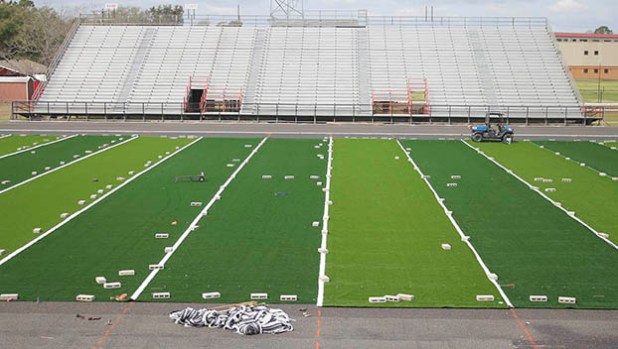 A field view from the stands in Bridge City. (Van Wade/The News) 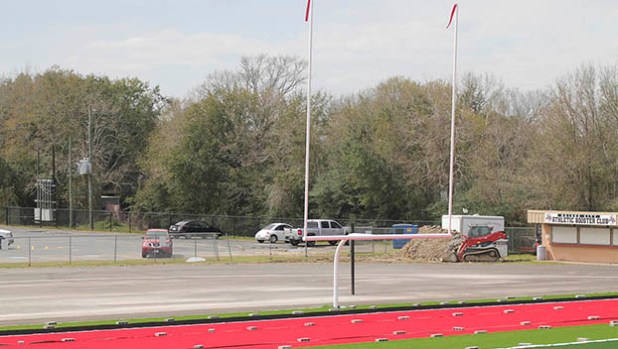 A view from the stands of the West end zone. (Van Wade/The Leader)

BRIDGE CITY — There is no question, things are looking good at “The Redbird Nest.”

Bridge City athletes, band members, drill team and cheerleaders have been eyeing for a few days what the future is going to look like as new turf on the football field, a new track and new tennis courts are installed.

“The kids have been so fired up the last week,” said Bridge City Athletic Director and head football coach Cody McGuire. “It’s going to be something everyone can be proud of.”

Larry Ward Stadium is definitely going to have a tremendous look after the nearly 70-year-old grass surface was ripped up and replaced by a turf field.

That means no more getting eaten up by ants and stickers on the old practice field for the Cardinal football players and coaches.

The stadium will also be a venue the entire district can utilize. The stadium will host the varsity, junior varsity and freshman games, and the junior high kids will get to play on it.

The boys and girls soccer teams will call it their home.

Now the Bridge City band, Strutters drill team and cheerleaders can utilize the football facility to practice when the weather is inviting, instead of being in the gyms.

That’s also going to make a lot of people happy as far as laundry costs, not having to worry about those grass stains on uniforms, whether it be a football player, tuba player or a high-kicking Strutter.

It’s going to be multi-purpose for sure,” McGuire said. “We’re getting closer and closer to completion, and we hope to host a track meet here March 31.”

If the weather holds steady, the track could be completed in a couple weeks, which means the grand old traditional Cardinal Relays would be held March 31.

The track was definitely due for an overhaul, as the old one was starting to develop holes.

The tennis courts are almost complete, and long-time Cardinal tennis coach Bill Dixon, who is retired, will love the new look.

The old courts had a bunch of cracks that had built up over the years, as grass would grow between them. The maintenance department used to have to weed-eat the cracks. Not anymore, the new courts are stunning as Bridge City looks forward to hosting tournaments in the future.

Plans have been under way since the summer with contractor Hellas Construction of Spring, which is doing wonderful work on the entire project, school officials said.

The field turf is the toughest project, as so many things have to go into consideration.

Hellas removed all of the natural soil to create a five-feet hole and then put in the new materials, packed them and tested it to make sure nothing sunk.

Hellas was motoring along on the project this week after rain slowed down the process Tuesday. Most of the padding has been put down along with the pellets.

Both of the goalposts are up. The West end zone is already painted red, with the east one coming soon.