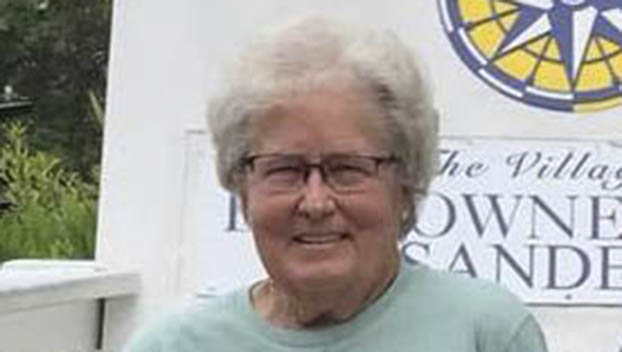 What a gem she was, and what a lasting legacy she leaves behind. Not only did Little Cypress-Mauriceville School District lose an important legend, so many Orange County people across the board will remember Linda Warner.

To so many of us that ran through the halls of LC-M High School, she was simply known as Mrs. Warner.

Well, Mrs. Warner passed away late last week and it has been great to chat with former students and administrators about the marks she left behind for all of us to cherish.

Forty-plus years later, I still never called her Linda. It was always Mrs. Warner. Everyone else did, too.

I have always said this, if the LC-M school district ever started a Mount Rushmore, Mrs. Warner would get my first vote.

She had a key to every building in the district. If you needed a door open, you always knew where to go. The key chain she carried around would have made a mailman jealous.

It felt like she had seven jobs and got paid for one or two. I don’t think there is an LC-M graduate on the face of the Earth who would disagree with me.

She started coaching at the school in the 1970s, but my generation remembers her roaming the halls and making sure no one was acting “a fool.” She was a pretty stern disciplinarian, but she was always fair and equal.

But she loved her job and loved all of us kids. I remember being her aide my senior year and she would always “bust me” by catching me shooting in the gym during my aide period. I also remember during my aide period, she wanted me to step in and break up a “girl-fight” in the hallway. If everyone knew those two girls, you would know I was not going to step in between those two. Mrs. Warner handled it, grabbing both of them by their ears and showing them towards the office.

She was an amazing Student Activities Director. And yes, she handled those duties at the same time she was Assistant Principal.

If there was a sporting event, a theater show or a UIL contest, Mrs. Warner was right there by everyone’s side, rooting everyone on.

She was at of our home basketball games and when we were on the road, she was at all of the Lady Bears home games.

Even years and years after I graduated I could go by her house in the summer and she would give me keys to the gym, as long as we kept it quiet and locked everything down when we were there. This took place 20 years after my classmates and I walked across the stage to get our diplomas.

She was there at all of our class reunions, just the type of person she was. She would always tell great stories she remembered from our Class of 1985. She was always busy taking pictures and giving out those great hugs. Perhaps the most amazing thing was – she went to every graduating classes’ reunions.

Prayers go out to “Little” Larry and Shannon, her amazing son and daughter and also to her grandchildren. I’m sure she is embraced with Mr. Warner in Heaven and he’s probably timing her in the 40!