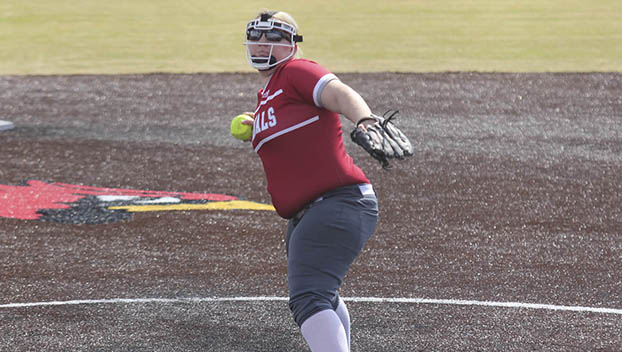 Kaydence Corkran got the win on the hill for the Lady Cardinals as she tossed four innings and struck out three Lady Mustangs.

The Lady Bears took the lead late. With the gan]me tied at 5-5 in the bottom of the fifth, the Lady Bears got a RBI single from Keylie Washburn for the go-ahead run.

LC-M shook off four Silsbee runs in the top of the third inning.

The Lady Bears notched runs in the bottom of the first, getting a solo home run from Lexis Moss and a solo blast from Washburn. Moss and Washburn finished with three hits apiece.

The Lady Bears collected 11 hits in the victory.

Cami Shugart notched the win on the hill for the Lady Bears. She allowed five hits over seven innings, striking out 11 Lady Tigers.

Madison Konstantine went the distance for the Lady Tigers, allowing 11 hits while striking out four and walking one.

Jacelyn Cook and Rylan Wilson each drove in runs for the Lady Bears, who will visit Bridge City Friday.

The Lady Bobcats improve to 13-8 on the year and 1-0 in district play. They will take on Silsbee at home next Tuesday.