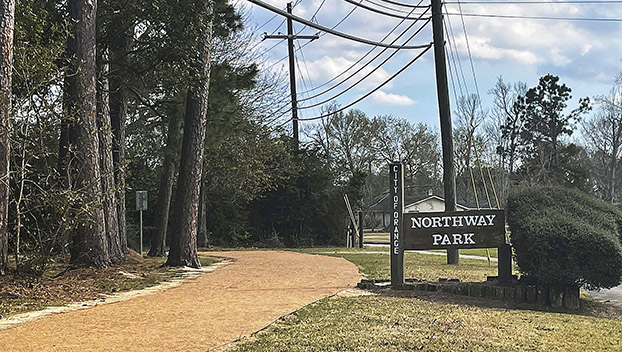 Northway Park recently received some improvements on the mile trail that runs through the park.

The improvements came out of a concern about the trail, previously composed of a 60/40 dirt blend, being rendered unusable whenever a rain event would hit the area.

James Lawrence, City of Orange director of parks, said the new material on the track, which is composed of decomposed granite, remedies this issue. 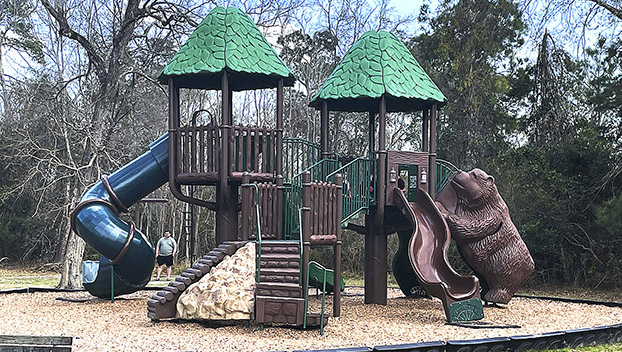 City officials are planning to upgrades benches in the park. (Tim Cohrs/The Leader)

“When it would rain a lot, it (the trail) would get muddy,” Lawrence said.

“The park used to be a swampy area — (the trail) was just a dirt path through the woods. And it seems like since (Hurricane) Harvey, we’ve got a lot more rain than we used to around here. So, it was getting where a lot of days you couldn’t use the trails because it would stay muddy.”

Lawrence said the material is the same material that composes the tracks and walking trails around the Houston area, such as Hermann Park.

Lawrence also said the material does really well letting water drain off of the track whenever it rains.

The project took $277,000 to complete, which came out of the general fund.

Lawrence said since the project came in under what the city budgeted, there are future plans to update some of the park benches.

Lawrence, a runner at heart, is excited to see the trails being used and the park full of people.

“It’s great to see the trail back to where it can be used rain or shine,” he said.

“This place used to stay packed because the trail was in such good shape, and I think we finally got it back there.” 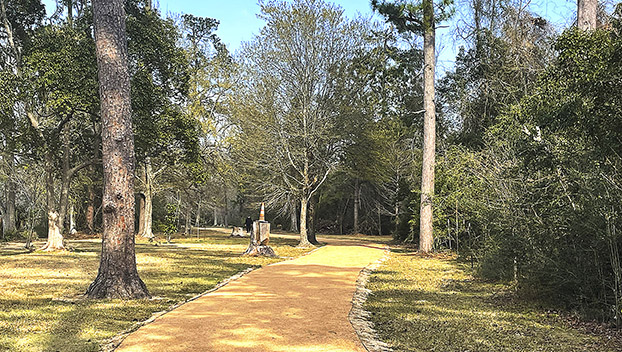