Arrest made in shooting at Walmart parking lot 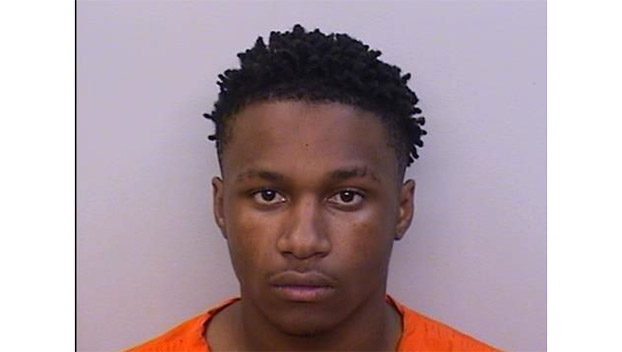 LAKE CHARLES, La. — At approximately 6:30 p.m. Feb. 18, officers with the Lake Charles Police Department were dispatched to Walmart, located at 3415 Gerstner Memorial Dr., in reference to a shooting in the parking lot.

Upon their arrival, officers discovered one victim suffering from a gunshot wound. He was taken to a local hospital for treatment and has since been released.

Upon further investigation, it was learned through witness statements that the victim and suspect got into a verbal argument inside the store before making their way out into the parking lot. The altercation escalated, becoming physical, before the shooting occurred.

Further investigation revealed the victim was an employee of the store who was working at the time of the incident.

Detectives learned the suspect fled the scene on foot after the shooting, leaving behind the vehicle he used to travel to the store.

Using information gathered through witness statements and video surveillance, detectives obtained an arrest warrant Feb. 19 for aggravated second-degree battery and possession of a firearm by a convicted felon.

On Friday (March 4) at approximately 11:45 a.m., the suspect, 19-year-old Cotrellis Laquincy Henry, was located in the 600 block of South Railroad Avenue in Opelousas, La.

The US Marshals and Lake Charles Police Department SWAT Team took Henry into custody without incident.

He was taken to the Calcasieu Parish Correctional Center where he remains in custody.

This is an ongoing investigation. Anyone with any additional information is asked to contact these Detectives by calling 337-491-1311.