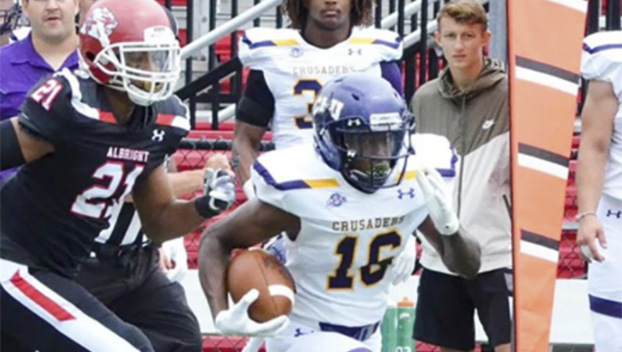 No matter on what collegiate level they play on, it’s always a tremendous feeling when you see one of our local “kiddos” achieve superb feats.

That’s right, I still like to call them “kiddos,” because I can remember them as those snot-nosed little freshmen from their high school days.

Watching them mature into excellent student-athletes always brings a bright smile for someone that has followed them throughout the years.

Late in the fall, West Orange-Stark graduate K.J. Miller was a part of another NCAA Division III Football Championship for the Mary Hardin-Baylor Crusaders.

For those that followed WO-S in those State Championship games from 2014-2017, it was well-known what K.J. could accomplish.

I witnessed his talents in so many different levels, including basketball and baseball, in which he was also an All-District performer. He was The Orange Leader’s Athlete of the Year as a senior in 2017.

He was about 150 pounds “soaking wet” by the time he graduated at WO-S. Therefore, he was overlooked by all of the DI scouts, along with schools like Lamar and Sam Houston. I always thought he could have played against the “big boys.” Sometimes you have to measure the heart, and K.J. always had that.

From being named the American Southwest Conference Co-Freshman of the Year in 2017 to becoming an All-American as a senior, that was certainly a measure enough. He was named to the All-American Team as a return specialist, averaging 25.1 yards a punt return, plus he had 76 receptions for 961 yards and 11 touchdowns. 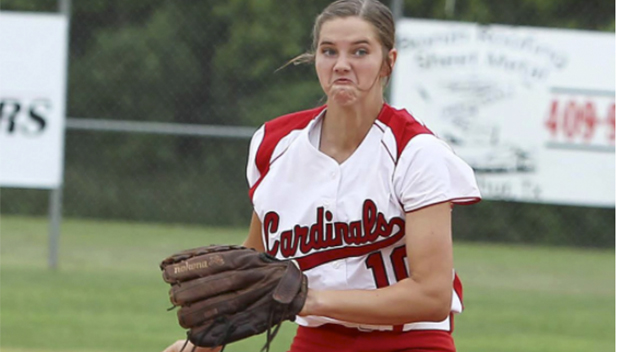 Then there is Bridge City’s Kassidy Wilbur. Those days of her bringing it with a fastball, that barely ever got “touched” by any district opponents were certainly dominating times.

The two-time Orange Leader Female Athlete of the Year and four-time MVP of the All-Orange Leader Softball Team has been humming it even faster for the SFA Lady Jacks the last four seasons.

She has gone 60-27 in her four seasons in Nacogdoches. She was 30-4 last season and was named the Southland Conference’s Pitcher and Player of the Year. Wilbur, who was selected as the WAC Preseason Pitcher of the Year entering this season, has gotten off to a fast start. Just ask Big 10 power Purdue, who she no-hit over the weekend with 12Ks in a 2-0 victory.

Guess who Wilbur shared the 2017 Leader Athlete of the Year honors with, K.J. Miller.

I always knew their will to win, and even more, their leadership among their teammates, would ignite those two Orange County athletes for years to come. Certainly proud to call them — remarkable Orange County sports figures for sure.

Other big local highlights have happened for another pair at Lamar University.

LC-M graduate Rex Peveto recently claimed the WAC Indoor Championship in the 3,000 meters. and I wished I could have seen four-time All-Leader Softball Team member and Orangefield alum Kaylee Ancelot blast that two-run homer she hit for Lamar University in a win over Creighton.

One other big accomplishment of note from the last week goes to Bridge City senior pole vaulter Harrison Gauthier.

Gauthier vaulted 15 feet at the Bobcat Relays in Orangefield to surpass the 47-year old record held by Raymond (Bubba) Ridley, who went 14-6 in 1974.

Van Wade is the sports editor at The Orange Leader. He can be reached at van.wade@oramgeleader.com.