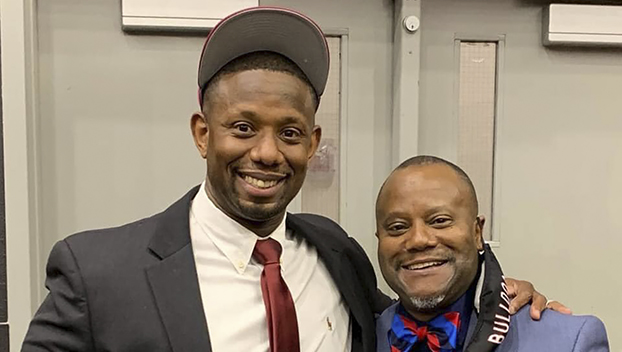 The Jasper Bulldogs have found their next athletic director / head football coach, and he’s very familiar with the territory he’s returning to.

Kendrick Crumedy was approved by unanimous vote and introduced at at a special Jasper ISD school board meeting.

Crumedy will have no problem finding his way around Jasper. He is a native of Jasper and a 2003 graduate of Jasper High School.

The selection of Crumedy came on a special called meeting of the board of directors of the Jasper Independent School District will all members voting for his selection except for board member Steven Martinez who was unable to make the meeting.

Crumedy returns to Jasper from Manvel, which is located south of Houston, where he served as offensive coordinator. However, he has also served as strength and conditioning coordinator as well as head track coach.

Crumedy has a bachelor’s degree from Same Houston in History and a masters degree in Sports Management/Kinesiology, said he is glad to be back in Jasper and is ready to get to work. He said we are going to get something done and have fun at the same time.

Crumedy said he wanted to come back to Jasper when he learned the Jasper Bulldogs had been defeated by West Orange Stark and Newton. Crumedy said “I have family here a mother here and i plan to put the kids and family first.”

Crumedy went on to say, “I want to make the city proud.”