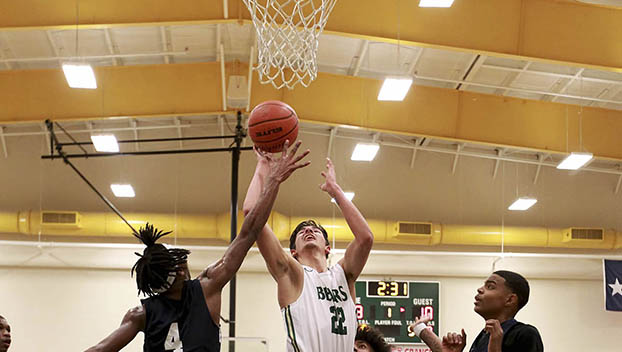 BAYTOWN – Battling a powerful Houston Washington squad throughout, the Little Cypress-Mauriceville Bears saw a wonderful season come to an end Tuesday night as they fell to the Eagles 89-65 in Class 4A Region III regional quarterfinal playoff action at Lee College,

Washington led 17-10 at the end of the first quarter. The second quarter was a scorefest with the Eagles outscoring the Bears 28-22 to grab a 45-32 lead at the half.

The Bears were hanging tough but the Eagles outscored them 23-17 in the third quarter to lead 68-49 heading to the fourth.

Washington finished the game by outpointing the Bears 21-16 in the last eight minutes to capture the 24-point win.