If you don’t know, ask someone.

This tactic has never been one that makes me nervous. Heck, most people I encounter enjoy being able to inform someone about a topic on which they’re knowledgeable.

Two weeks into my time as editor and publisher of The Orange Leader has come with a lot of questions, and, thankfully, a lot of answers from community members. 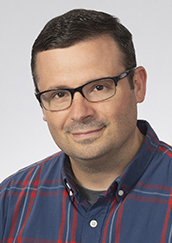 City Manager Mike Kunst and Director of Economic Development Jay Trahan were my guides and answer banks as I peppered them with questions about city history, future prospects and local government.

It was plainly explained what’s the best way to request and receive information concerning city business, and Orange Newsmedia, via The Orange Leader and orangeleader.com, looks forward to producing significantly more local news in the coming weeks and months.

These efforts are pointed towards better informing and serving our readers, those in print and those digitally.

It’s obvious the unique opportunity we have in Orange and Orange County to tell our stories in the best and most accurate way possible.

That’s the essence of community journalism and something that still drives me as I enter my 20th year in this profession.

When I was speaking to Mike and Jay this week, I mentioned how interesting it was to work locally and learn about the many strong Independent School Districts that operate within our county’s borders. My first question centered on why there was a West Orange-Stark High School in the West-Orange Cove Consolidated Independent School District. As a newcomer, I asked, ‘why don’t they share the same name?’

That’s where Jay came in, letting me know he grew up in Cove, which was a municipality at the time, and attended its schools before the city was eventually annexed altogether by the City of Orange.

As a senior in high school, he also worked on a committee that helped merge West Orange High School and Lutcher-Stark High School. Where there were once Chiefs and Tigers, respectively, began the Mustangs.

And, frankly, even this newcomer knows the Mustangs’ stories of athletic prowess, which are shared far and wide.

My parents divorced before I was 2 and we moved around a lot, so I attended five Louisiana school districts in New Orleans, Metairie and Covington all before college. I was always jealous of those friends and families who built generational associations with particular schools, campuses and districts.

Learning about our county’s many current schools, previous school districts and no-longer-existing campuses is bittersweet.

So many professional educators and dedicated students walked the halls of schools and played hard for teams that no longer operate.

That makes the importance of our story telling and interviewing all the more poignant. Each day through posts to orangeleader.com and through Wednesday and Weekend editions of The Orange Leader, we have the opportunity to capture and preserve our history.

Our work, when done right, is more than a snapshot in time. It’s both a window into our current events and an official record to preserve and pass down to future generations.

So it is with that in mind that we at The Orange Leader will always practice — If you don’t know, ask someone.