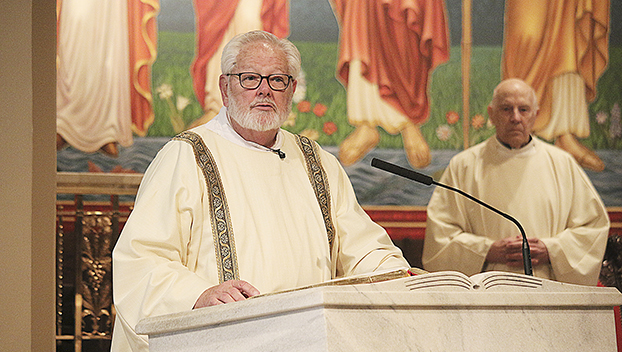 The event is planned April 30 at The Laurels in Beaumont.

In making the recent announcement, Catholic Charities President/CEO Carol Fernandez said David was chosen as the honoree for the event because his life was “a wonderful example” of the agency’s mission to help the needy and vulnerable.

“Deacon Larry,” as he was affectionally known, helped coordinate the event for many years before his death in 2020.

Although he served on the Catholic Charities board, his help extended to many civic projects. He was the “Hamburger Man” for the Orange Lions Club Carnival, played Santa Claus for Orange Christmas events, and helped the Red Cross and United Way. In 2009, he was named Orange Citizen of the Year by the Greater Orange Chamber of Commerce.

The “Breakfast,” which was created in 1992, is designed to raise funds for the many Catholic Charities’ programs and give Southeast Texans a chance to get to know the Bishop of the Beaumont Diocese a little better.

This will be the second year that current Bishop David Toups will be the host for the event whose waitstaff includes priests, deacons and Catholic sisters.