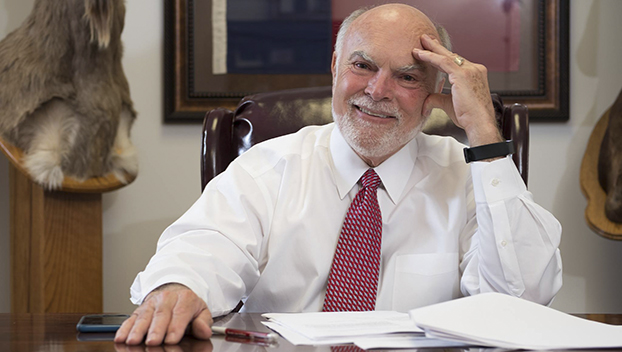 On Feb. 24, 1836, William B. Travis penned his letter at the Alamo, alerting the recipients that the garrison was surrounded, and the Texan Army was outnumbered by Santa Ana and the Mexican Army.

The letter, a passionate plea for aid, would become one of the most well-known letters in American history. He famously signed the letter “Victory or Death.”

For the 20th consecutive year, Texas has been named the top exporting state. According to data recently released by the US Census Bureau, Texas had more than $375.5 billion in exports last year, exceeding total exports in 2019 and 2020. That puts Texas at more exports than New York and California combined.

Additionally, this is the ninth straight year Texas led the nation in tech exports. According to the Governor’s Office, exports support more than 1 million jobs in Texas. The state has a long history of creating a business-friendly environment, facilitating a robust economy, and offering a talented workforce. These policies will foster continued success for the state.

USA BioEnergy announced it will build a $1.7 billion advanced biorefinery in Bon Wier in southeast Texas near the Louisiana border. The biorefinery will convert one million tons of wood waste into 34 million gallons of premium clean burning transportation fuel, including sustainable aviation fuel, renewable diesel, and renewable naptha.

There are plans for a future expansion which would double the plant’s production capacity. The plant will also capture and sequester approximately 50 million metric tons of CO2 over the life of the biorefinery. It will create over 140 jobs in the community and have a significant economic impact during construction.

It’s estimated the project will produce $1.2 billion in economic activity during construction. I appreciate the company selecting Newton County to build the new manufacturing facility which will provide and support the growing market for renewable fuels. The economic impact of this project will benefit the community, local businesses, and grow our local and state economic output.

This week, the Rusk State Hospital lifted the final beam at the new 200-bed state hospital on its campus. This is one of the first steps in the revitalization of the entire hospital. The full renovation is scheduled to be completed sometime next year.

The completion of the new state hospital building significantly impacts the overall function of the hospital. I’m proud to support Rusk State Hospital and applaud them for the incredibly important work that they do. Rehabilitating Rusk State Hospital has been a priority of mine and the Legislature for several years. Seeing that hard work come to fruition is very rewarding. This project will enhance access to mental health services in East Texas and affirms our commitment to being a leader in mental health care.

Texas and some of its largest counties were awarded $1.17 billion in opioid relief funds after a nationwide opioid settlement was reached. Three large pharmaceutical distribution companies – McKesson Corp., Cardinal Health, and AmerisourceBergen – signed a settlement agreement with 52 American states and territories that totaled $26 billion.

The companies were accused of exacerbating the opioid crisis that has plagued the country over the past twenty years by overlooking the number of pills pharmacies ordered during that time. The funds will primarily go to opioid overdose treatment, prevention, and education over the next 18 years. The agreement also creates a tracking and reporting system across distributors.

Special election for constitutional amendments set for May 7

PROPOSITION 1: The constitutional amendment authorizing the legislature to provide for the reduction of the amount of a limitation on the total amount of ad valorem taxes that may be imposed for general elementary and secondary public school purposes on the residence homestead of a person who is elderly or disabled to reflect any statutory reduction from the preceding tax year in the maximum compressed rate of the maintenance and operations taxes imposed for those purposes on the homestead.

PROPOSITION 2: The constitutional amendment increasing the amount of the residence homestead exemption from ad valorem taxation for public school purposes from $25,000 to $40,000.