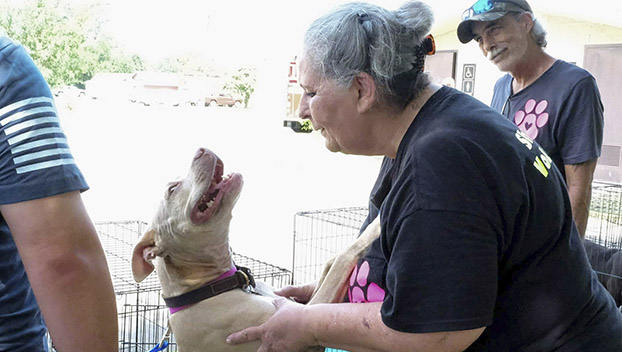 The West Orange Animal Shelter is hosting “Bark in the Park” from 1 p.m. to 5 p.m. March 19 at West Orange Park, located at 2700 Western Avenue.

“We are trying to get the dogs adopted now to prevent the dogs that are labeled Code Red from being euthanized,” said Debbie Schlicher, volunteer and adoption coordinator for the West Orange and Bridge City animal shelters. “Code Red dogs can be put down at anytime once the shelters become full.

“Animals want to live. Our goal is to get the animals into loving homes. No animal wants to live its life inside a cement and fenced kennel. They need love, attention and space to be their playful selves.” 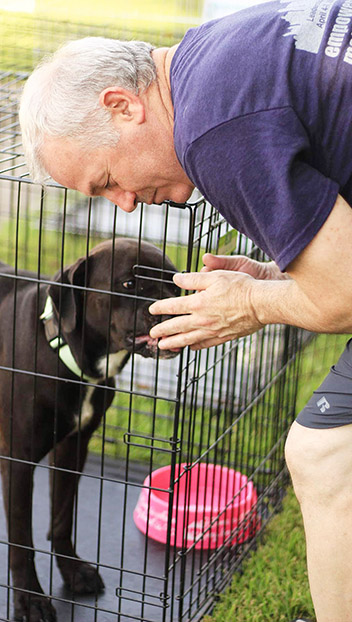 The plan is to hold Bark in the Park twice a year, according to organizers.

Schlicher said some animals are rescued by dog rescues from all over the country to save them from facing Code Red.

“I have several animals that have been moved to Washington State, Utah and New Jersey due to rescues taking them because the dogs have not been adopted locally,” she said.

“Sadly, people in our area get animals that they do not want to care for and dump them into the streets. Spay and neuter surgery is a bit high, and people would rather get their nails done or drink high priced coffees than to spend the money on their pets that they supposedly love.”

Schleicher said this is their second event for “Bark in the Park,” and it will be held twice a year.

“I put this event on last year, and it was our first one,” she said.

“It is important to me to do my best to find good loving homes for all of our dogs or there is a good rescue if people aren’t stepping up to adopt.” 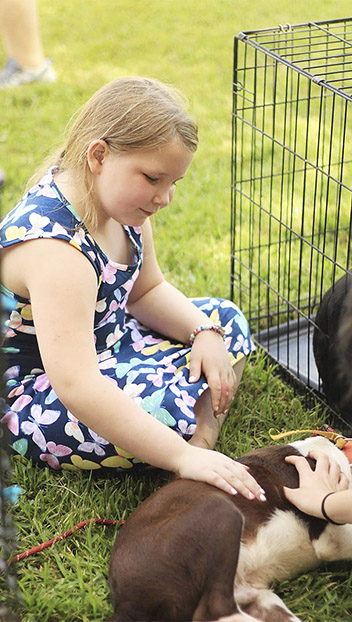 “Our goal is to get the animals into loving homes.” — Debbie Schlicher

Last year, three dogs were adopted at the first event, she said.

“I threw the event together with little planning,” Schlicher said.

“However, this year we will have food booths and activities to attract more people. The smaller dogs get adopted first, like Chihuahuas, Chiweenies, and poodles. People like lap dogs. Next are the Labs and Pit bulls. Sadly, too many people want Pits for bad reasons, while Labs are chosen because people love working dogs for hunting or guard dogs.”

“If someone wants to help the animals in other ways, they can walk the dogs or donate to our Vet fund,” she said.