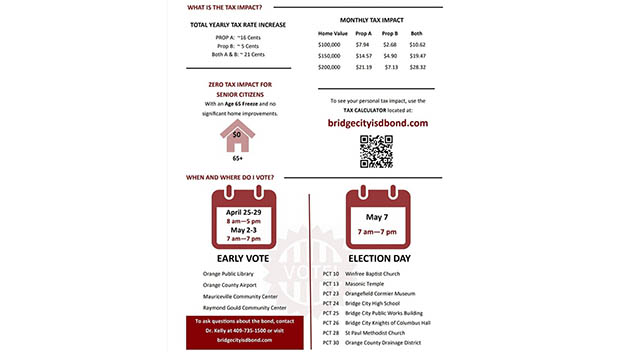 BRIDGE CITY – Voters in the Bridge City school district are being asked to fund the district’s next expansion.

On Monday, the Bridge City Independent School District School Board voted 7-0 to call for a Bond Election.

There will be two propositions on the ballot.

The first proposal is for a new middle school that would replace the current building that is 60 years old.

The second proposition is for a CTE (Career and Technology) facility at Bridge City High School that would open up classroom space for the campus, which is already over student capacity, district officials said.

Bridge City ISD released graphics and facts regarding the decision to pursue this bond, voting location info and a QR code that links to specific details, along with a tax rate calculator to address the cost and the tax liability associated with these projects for district citizens. 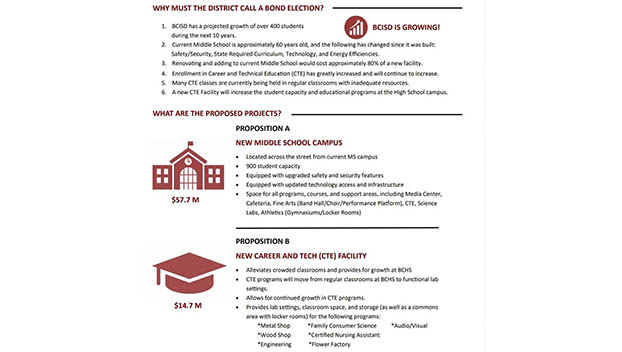