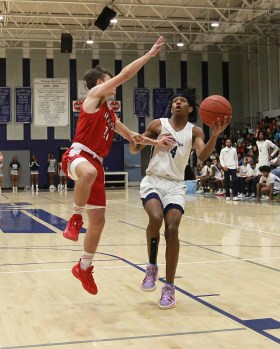 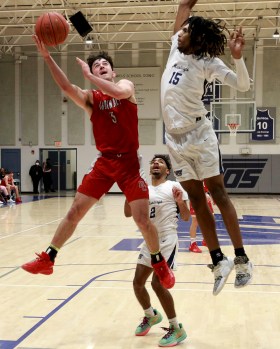 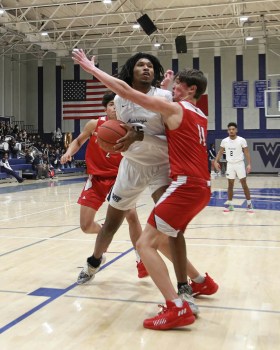 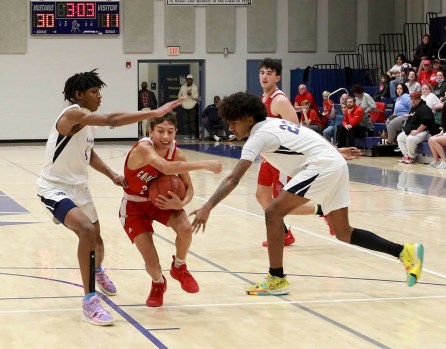 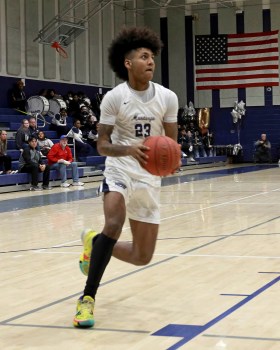 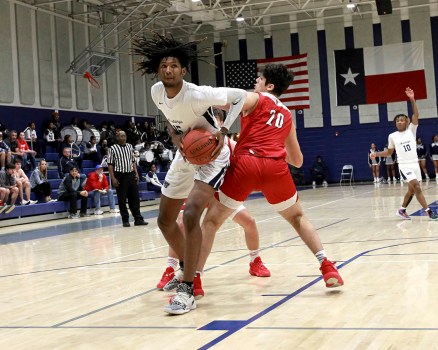 WEST ORANGE – Getting off to a red-hot start, the West Orange-Stark Mustangs cruised past the Bridge City Cardinals 77-62 to nail down the fourth-place playoff berth out of District 22-4A at Mustang Gym Friday night.

The Mustangs (6-5 in district) utilized a balanced attack to scoot past the feisty Cardinals (1-10 in district).

WO-S controlled the game early, racing out to a 24-9 lead by the end of the first quarter and stretched it to 40-12 by halftime.

The Cardinals, behind blazing shooting from guard Walker Britten, fought hard in the second half and trimmed the margin to a dozen twice in the fourth quarter before the Mustangs put the game away.

Britten finished with a game-high 22 points for the Cardinals, getting loose for six three-point missiles. After hitting just one try in the first half, Britten fired in five three-pointers after intermission.

Pappillion and Garrett combined for 15 Mustang points in the first quarter as WO-S forced the Cardinals into six turnovers in the period.

WO-S upped the ante in the second quarter on defense, forcing eight more Bridge City turnovers as the Mustangs held the Cardinals to just one field goal in the period.

Bridge City’s offense caught fire behind Britten in the third quarter as the Cardinals outpointed WO-S 25-13 in the quarter.

Britten erupted for three three-pointers in the period while Breaux and Oceguera combined for eight points. Wardlow tallied eight points in the quarter for the Mustangs, enabling WO-S to maintain a 53-37 cushion entering the fourth.

Wardlow had eight points for WO-S in the period. Britten had two more treys and 10 points for the Cardinals in the fourth while Guiterrez ripped two three-pointers and had seven points in the quarter.

The Mustangs finished with a 35-28 rebounding edge.

The Cardinals finished with 21 turnovers while the Mustangs coughed it up just 13 times. WO-S finished 15-of-22 from the free-throw line while the Cardinals were 17-of-23.

The Mustangs will wrap up the regular season on the road at Lumberton Tuesday while the Cardinals return home to host Little Cypress-Mauriceville to wrap up their campaign.