Bobcats nail down second-place with win over Pirates 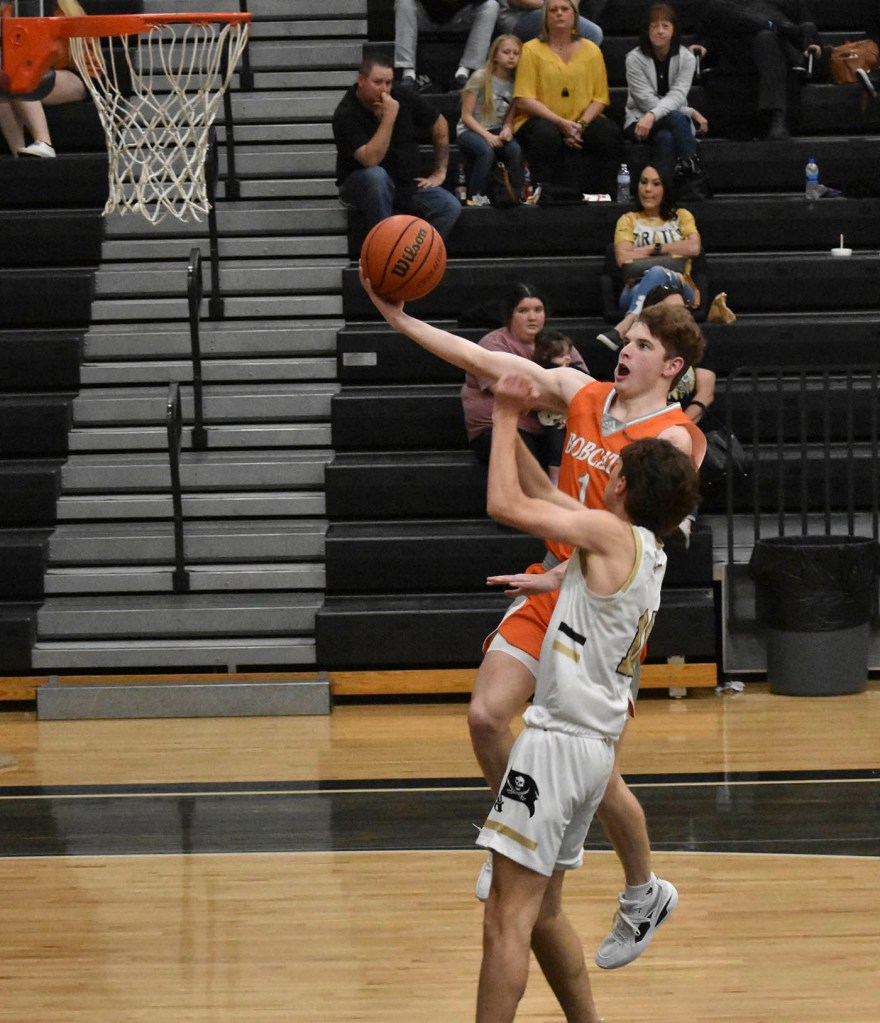 Keagan Smith/Orange Leader Orangefield’s Payton Wrinkle moves in for a layup against Vidor at Pirate Gym.

VIDOR – Clinching second-place, the Orangefield Bobcats wrapped up their District 22-4A season with a 62-44 win on the road over the Vidor Pirates at Pirate Gym Friday night.

Orangefield (25-9, 9-3) opened the game on a 9-0 run, putting early pressure on the Pirates. However, the Bobcats struggled to find the basket after the first few minutes, only scoring four more points for the rest of the quarter.

The Pirates then went on a 7-0 run of their own, keeping the score from getting out of hand. At the end of the first quarter, both teams were tied 13-13.

About halfway through the second quarter, freshman Bryce Loftin scored six straight points for Vidor to help them take the lead. With about two minutes left in the half, Payton Wrinkle drained back-to-back three-pointers for the Bobcats, who led 26-24 at halftime.

Orangefield opened the third quarter with two big three-pointers from Pete Ragusa as they went on a 12-4 run. By the end of the third, the Bobcat lead had grown to 10 points, 44-34.

While Vidor had kept things fairly close throughout the game, they only scored eight points in the fourth quarter. As the Pirates struggled, Orangefield put up 18 points in the final quarter and coasted to a 62-44 win.

Loftin and Brayden both put up 11 points for the Pirates.

The Bobcats will have their a bye on Tuesday before the playoffs start Feb. 21-22.

Vidor falls to 1-10 in district ahead of their final game in Silsbee, Feb. 15.