gavel and sounding block on desk

A man was indicted by the Jefferson County Grand Jury on Wednesday for possession of a controlled substance for an incident which occurred in October 2021.

A Beaumont police officer spotted a Toyota Corolla traveling at a high rate of speed and in a reckless manner at the 1100 block of Long Street in Beaumont. The officer caught up with the vehicle to initiate a stop at the 1200 block of MLK, according to a report submitted to the grand jury.

Randy Shuler, 38, of Orange, was identified as the driver. Shuler was found to have two outstanding warrants in Beaumont.

The officer asked if Shuler had anything illegal in the car and he replied he did not and he did not give the officer permission to search the vehicle.

According to the officer’s report, the officer requested a K-9 unit due to the Shuler’s nervousness upon seeing the patrol car and seeing him coming from a well-known high crime and drug area.

The K-9 unit showed a positive alert for narcotics. During a probable cause search, two white colored rocks resembling crack cocaine were found in the center console weighing approximately .06 grams. Shuler was transported to Jefferson County Jail for possession and two outstanding warrants.

A female passenger was transported to jail for an outstanding warrant out of Orange County.

Indictment is not considered as evidence of guilt and that all persons charged with a crime are presumed innocent until proven guilty beyond a reasonable doubt. 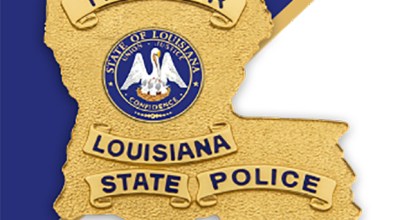