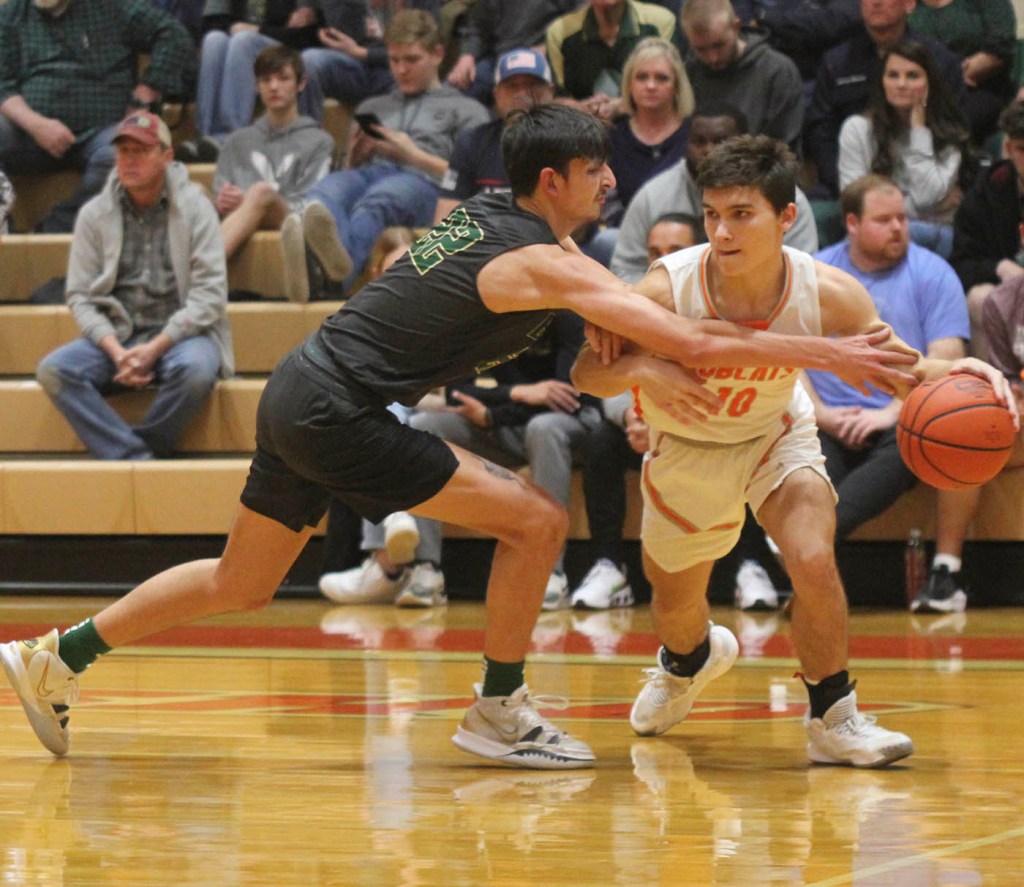 ORANGEFIELD – Getting hot in a big 22-point fourth quarter, the Orangefield Bobcats moved up to the second-place position in District 22-4A with a 49-44 victory over the Little Cypress-Mauriceville Bears at Bobcat Gym Tuesday night.

Both teams played outstanding defense throughout the night but the Bobcats (24-9, 8-3) hit several crucial shots down the stretch to fend off the Bears (21-10, 7-3), who are now in third-place, a half game back of the Bobcats.

Peyton Wrinkle had a superb game for the Bobcats on his Senior Night as he poured in 20 points and buried six three-pointers.

LC-M junior standout Ben Elliott had another grand night for the Bears as he filtered in a game-high 24 points to go along with seven rebounds.

The Bobcats trailed at the end of the first three quarters and were trailing 29-27 entering the fourth before their offense caught on fire late.

Wrinkle and Pete Ragusa drilled back-to-back three-point missiles that gave the Bobcats the momentum, putting them up 43-39 and Zane Wrinkle sank a couple big free-throws to push the Bobcat lead to 45-39 with 0:48 remaining.

LC-M’s Kaine Humberson answered nicely on the other end, burying a three-point bomb of his own to trim it to 45-42 with 0:37 left.

Ragusa then drained a free-throw and Zane Wrinkle sank two more charity shots to help seal the deal for the Bobcats, who defeated the Bears 52-32 at LC-M in the first half of 22-4A play.

The Bears finished with a 26-22 rebounding edge. LC-M finished with 15 turnovers while the Bobcats handled the ball well all night, finishing with just six.

The Bobcats finished 8-of-11 from the free-throw line while the Bears were 9-of-13.

Orangefield can wrap up the second-place playoff berth with a win at Vidor (1-9 in district) Friday.

The Bears, who have clinched a playoff berth already as well, will host first-place and second-ranked Silsbee (9-0 in district) Friday before closing out the regular season Feb. 15 at Bridge City. Wins over Silsbee and Bridge City and a loss by Orangefield to Vidor would give the Bears second-place.