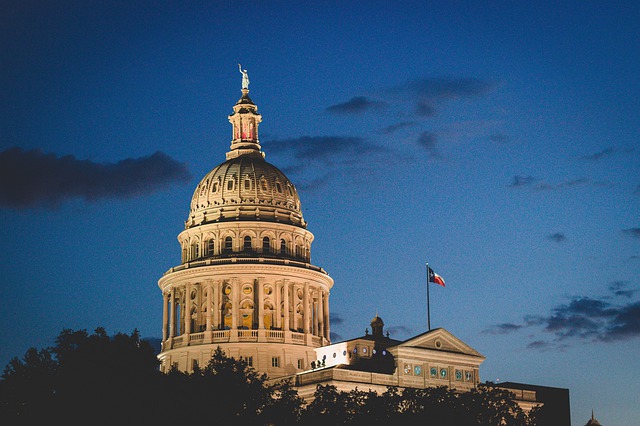 Photo courtesy of albertoadan/Pixabay Texas is one of 39 states with a gubernatorial election this year along with other state offices on the ballot.

February is the shortest month of the year, creating tight deadlines for Texans who want to vote in the nation’s earliest primary March 1.
Last year, the Republican-dominated Legislature passed sweeping changes to voting rules in the name of election security.
It has already resulted in issues for those seeking vote-by-mail applications. Nonetheless, the Texas Secretary of State said registering to vote is easy and straightforward.
Rose Clouston, director of voter protection for the Texas Democratic Party, disagreed.
“We’re helping hundreds and hundreds navigate this process, and they have a lot of questions,” Clouston observed. “If it was easy and straightforward, I don’t think that would be the case.”
Hundreds of mail-in ballot applications have been rejected in multiple Texas counties, because they do not meet the state’s new identification requirements. Even before last year’s overhaul, a study found Texas had the most restrictive voting laws in the country.
Wednesday, the Texas Democratic Party announced it would partner with Power the Vote, the group used in Georgia in 2020, when the state flipped blue for the first time in nearly 30 years.
Clouston pointed out the partnership will include a voter-education program, voter-assistance hotline and a poll-watching program. She believes it is necessary to counter new barriers to the ballot box.
“This was exactly what we warned them was going to happen,” Clouston contended. “But their interest was to prevent people from voting, and they are succeeding.”
March 1, the Republican and Democratic parties will use the statewide primary elections to select nominees for the general election in November. Texas voters have until Feb. 18 to apply for a ballot by mail, and two weeks to participate in early voting from Feb. 14-25.