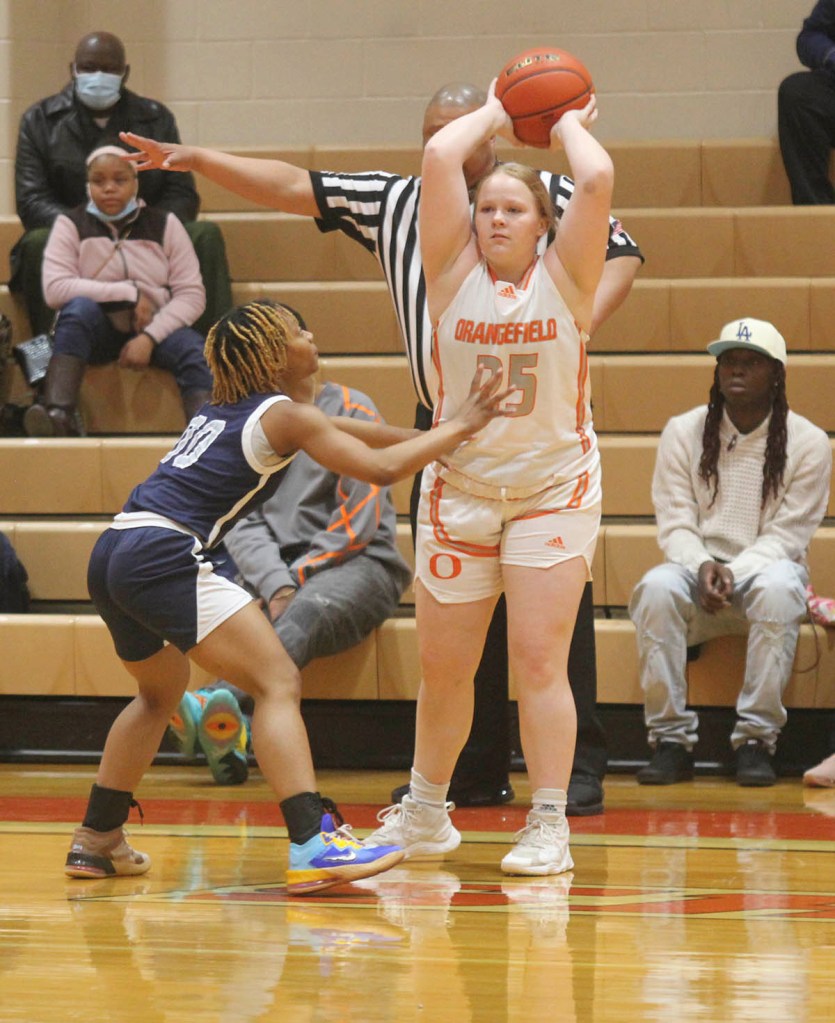 ORANGEFIELD – Jumping out to a 14-2 lead by the end of the first quarter, the Orangefield Lady Bobcats nailed down a playoff berth by downing the West Orange-Stark Lady Mustangs 46-31 in District 22-4A play at Bobcat Gym Friday night.

Orangefield is in a tie for third-place in the 22-4A standings with Lumberton (7-4). Silsbee (10-1) is alone in first-place while Little Cypress-Mauriceville (8-3 in district) is in second-place.

The Lady Bobcats can pull into a tie with LC-M if the Lady Bobcats win at LC-M Tuesday. LC-M can claim second outright with a victory at home Tuesday. If Orangefield and Lumberton, who plays Bridge City (1-10) Tuesday both win, then there will be a three-way tie for second-place.

The Lady Bobcats jumped out of the gate quickly against the Lady Mustangs (5-6 in district) as Oldham found her groove inside and the Lady Bobcats defense limited WO-S to just two made free-throws in the quarter.

Orangefield extended its lead to 24-7 by the half.

The Lady Mustangs, however, showed plenty of fight in the second half as they forced Orangefield into 16 of its 26 turnovers after intermission.

Aniah Henderson scored six of her eight points for WO-S in the third, hitting two three-point bombs while Ponfick tallied five points for Orangefield in the quarter. Orangefield led 35-19 after three periods of play.

The Lady Mustangs got to within 10 points twice down the homestretch but Orangefield helped itself at the line, going 9-for-12 from the charity stripe in the fourth.

The Lady Mustangs, who wrap up their season at home Tuesday against Silsbee, finished with 19 turnovers.