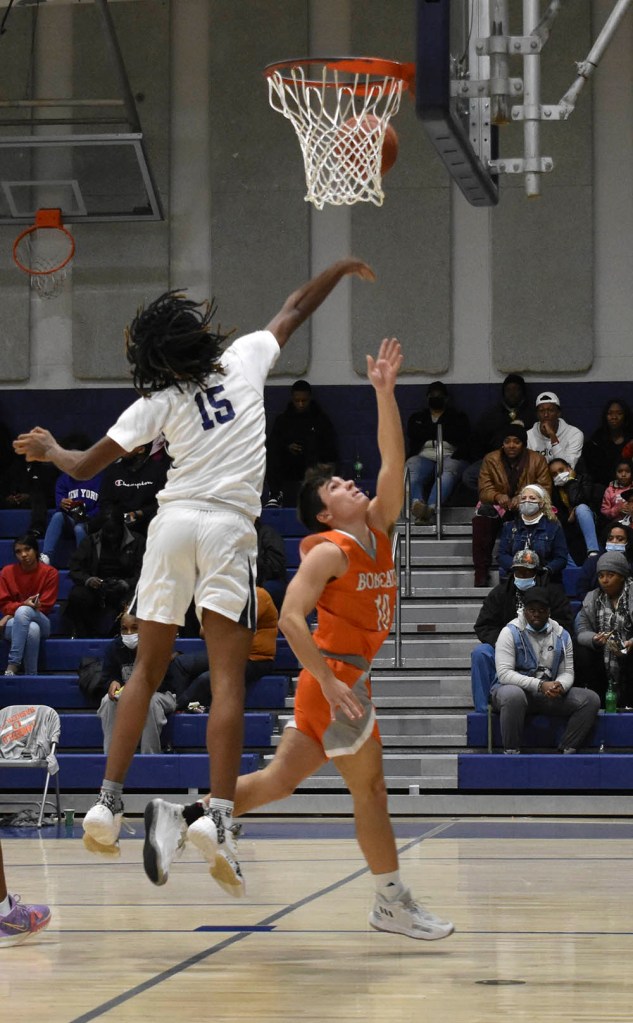 WEST ORANGE – The Orangefield Bobcats defeated the West Orange-Stark Mustangs, 52-46 in a District 22-4A meeting at Mustang Gym Friday night.

Orangefield scored the game’s first three baskets to take the lead. However, neither offense seemed able to find the net – they scored a combined 16 points in the whole first quarter. At the end of the first, the Bobcats led 10-6.

Orangefield’s shooters began to heat up in the second quarter. Payton Wrinkle drained two three-pointers and a pair of free throws, giving him eight points in the quarter. Meanwhile, the Mustangs (5-4 in district) still shot poorly as they fell further behind. At the half, the Bobcat lead had grown to 25-13.

West Orange-Stark looked like a new team after halftime. The Mustangs played with much more intensity, creating several straight baskets off turnovers. They scored 18 points in the third quarter, bringing it within six points, 37-31.

While the Mustangs eventually trailed by just one basket, their defense couldn’t shut down the Bobcats. Pete Ragusa scored seven for the ‘Cats in the final quarter to help propel his team to a 52-46 win.

Rocedric Pappillion scored a team-high 12 points for the ‘Stangs. Michael Wardlow put up 10.

Orangefield had already clinched a playoff spot and now will host LC-M in a big Orange County showdown Tuesday.