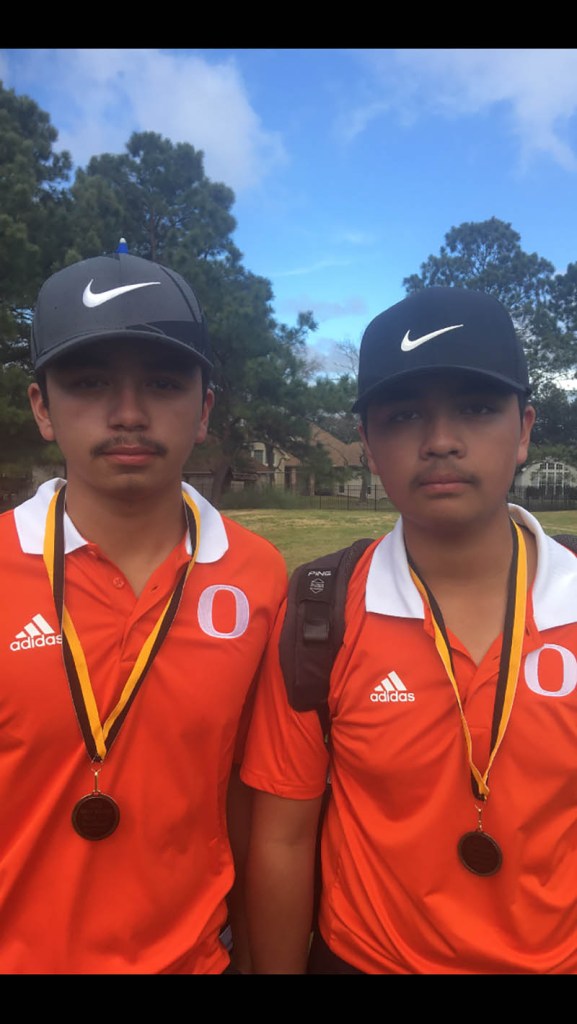 This week at the Vidor Invitational Golf Tournament, Orangefield’s Parks brothers took home 2nd and 3rd place medalist.  Xander Parks led the way shooting a 77, while  Lincoln’s 78 was good enough to land him in a sudden death playoff, where he would prevail on the first hole.

Timothy Weaver led the Cardinals shooting an 84, followed by Cameron Collins shooting an 89.  LC-M was led by Will VanPelt, shooting an 87 and Cohen Arney shooting a 97.  Next week, the teams will be traveling to Chambers County to play in the Anahuac Invitational.