Mustangs fend off Pirates for 22-4A road win 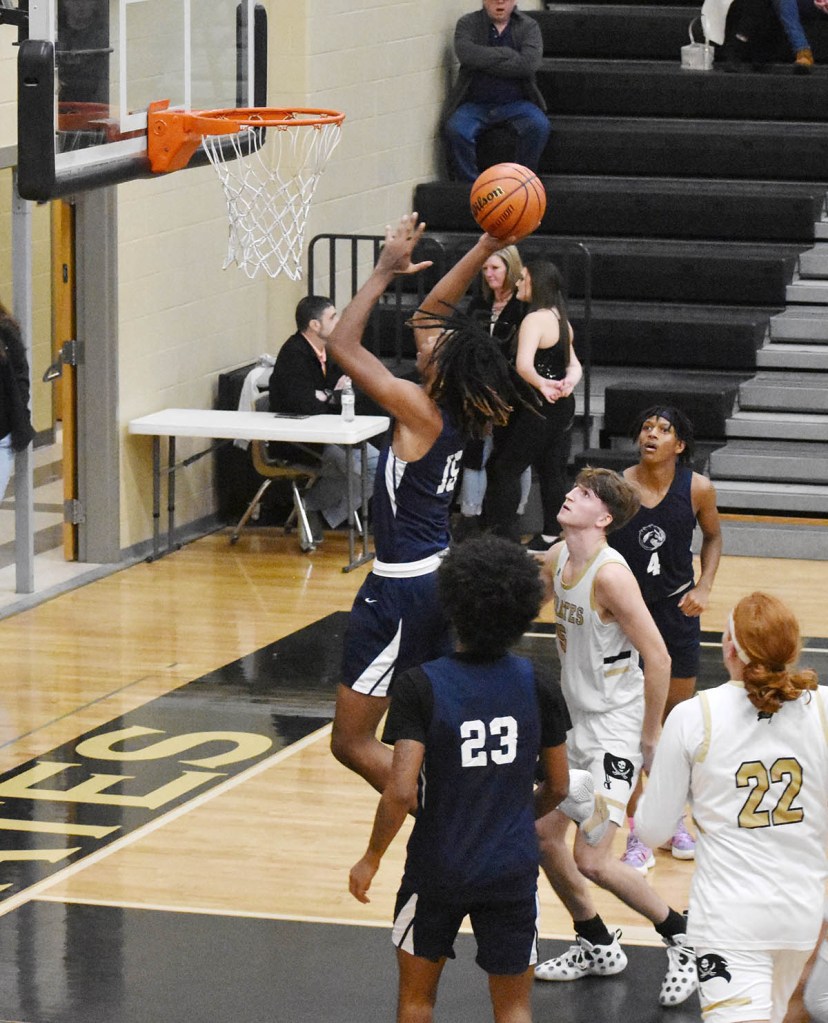 VIDOR – The West Orange-Stark Mustangs withstood a late-game comeback to defeat the Vidor Pirates, 60-56 in District 22-4A action at Pirate Gym Tuesday night.

The Mustangs jumped out ahead early, taking a lead which they wouldn’t relinquish for the rest of the night. Darren Anderson scored six points for WOS in the first quarter, powering the Mustangs to a 17-12 lead at the first buzzer.

The second period played out in similar fashion as West Orange-Stark scored several baskets early. Vidor struggled to match the Mustangs’ pace in transition, falling further behind. The scoreboard read 31-24 at halftime.

Although they had played from behind nearly all game, the Pirates finally found the sparkplug scorer they needed in the fourth quarter. Freshman guard Bryce Loftin willed his team back into the game as he dropped 13 points in the final period. With 13 seconds left, Loftin converted a layup to bring the Pirates within two points. However, Vidor eventually fell 60-56.

Dalton Cash led all Pirates in scoring with 18 points. Loftin’s 13 were good for second on the team.