Bobcats clamp down on Lumberton 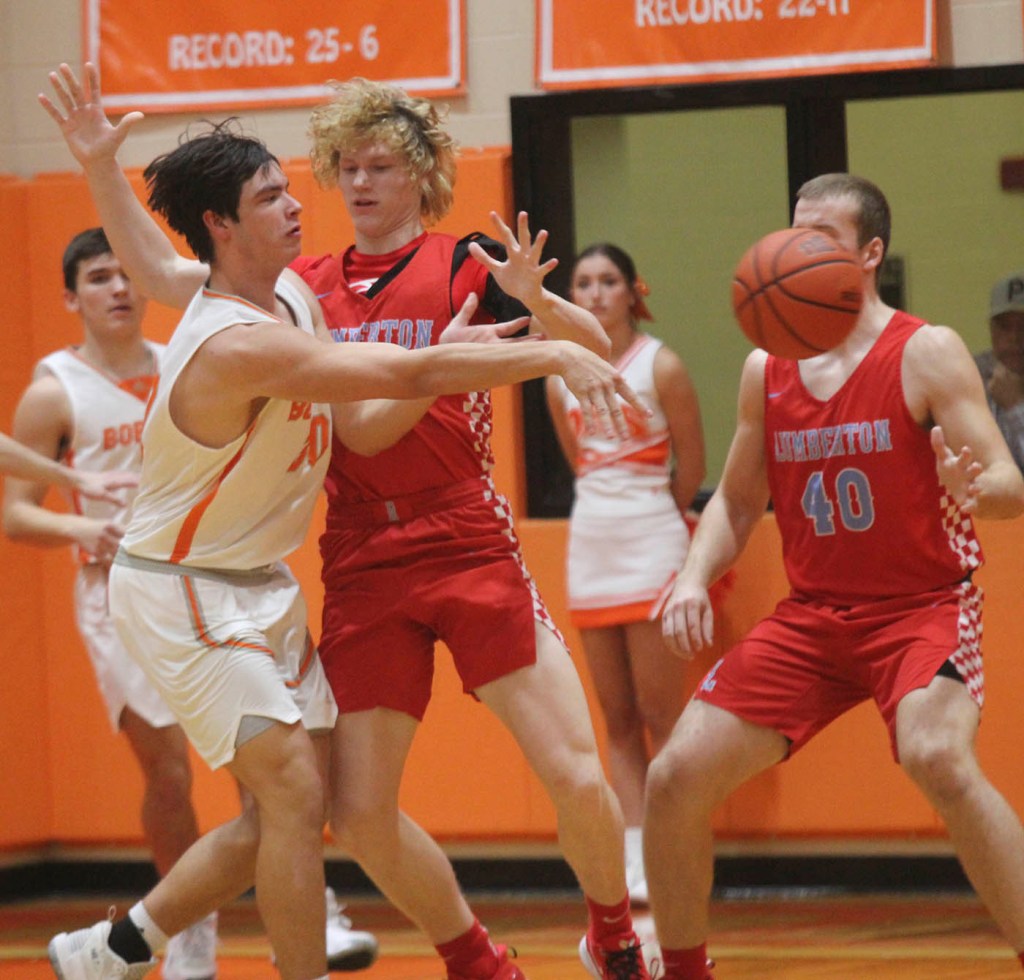 ORANGEFIELD – Utilizing a strong defensive outing, the Orangefield Bobcats clinched a playoff berth Tuesday night by taking down the Lumberton Raiders 47-36 in District 22-4A action at Bobcat Gym.

The Raiders staged a small rally and cut the Bobcat lead to seven midway through the fourth quarter but Orangefield played a great “stall ball game” down the stretch to nail down the win.

The Bobcats darted out to a 15-9 cushion by the end of the first quarter as Payton Wrinkle scored eight points, canning two three-point missiles in the process while Millican had seven points in the period for the Raiders.

Orangefield went on a 13-6 spurt in the second quarter as Maddox and Ragusa scored four points apiece and the Bobcats held the Raiders to just two field goals in the period.

The Raiders managed to trim it to 40-30 by the end of the third quarter as Millican, Fusilier and Eli Quinn combined for 13 points in the period.

Orangefield outscored Lumberton 7-6 in the final eight minutes. Scoring all seven of their points from the line and playing “keepaway” from the visitors.

The Bobcats outrebounded the Raiders 33-31. Orangefield shook off 18 turnovers while the Raiders had 14.

Orangefield finished 9-of-15 from the free-throw line while the Raiders were 7-of-8.

The Bobcats will head to West Orange-Stark Friday as they continue to jockey for playoff positioning with three games left on the schedule while the Raiders return home to face first-place Silsbee.

Mustangs fend off Pirates for 22-4A road win