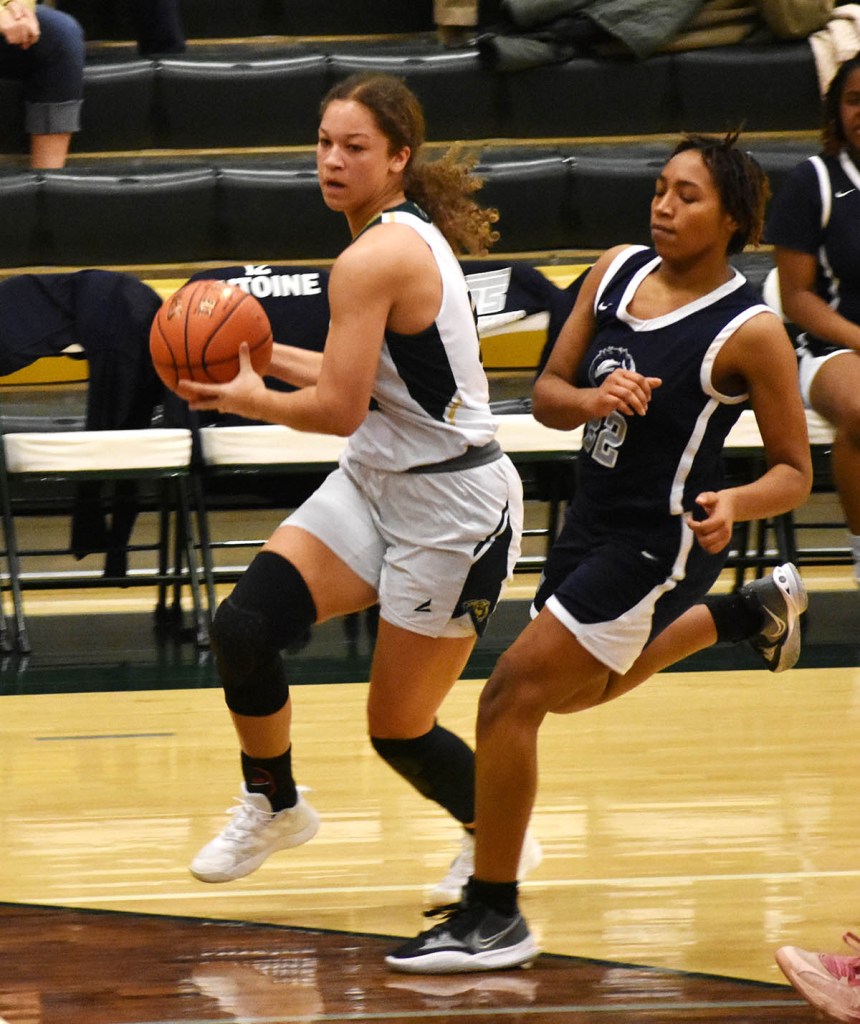 LITTLE CYPRESS – The Little Cypress-Mauriceville Lady Bears escaped with a 48-43 District 22-4A win over the West Orange-Stark Lady Mustangs at the Grove Friday night, extending their district winning streak to six.

Riding a five-game win streak, the Lady Bears looked to keep things rolling against their District 22-4A opponent. LCM held an 8-7 lead at the end of the first quarter.

Both teams shook off their slow starts in the second period.

The Lady Bears put up 17 second-quarter points to the Lady Mustangs’ 13. WO-S nearly pulled even at the end of the quarter, but LCM’s Aniyah Robinson hit a three-pointer at the buzzer. Little Cypress-Mauriceville held a 25-20 lead heading into halftime.

Following the intermission, West Orange-Stark made a solid run at the Lady Bears. Aniah Henderson dropped eight points for WOS in the third quarter, including a layup to tie the game at 33-33 with 12 seconds to go. However, freshman Keylie Washburn nailed a pull-up jumper right as the quarter ended, putting LC-M back ahead 35-33.

The Lady Mustangs kept the score within reach throughout the fourth quarter. With 25 seconds left in the game, Naudia Watson drilled a deep shot from beyond the arc to bring the Lady ‘Stangs within three points. LCM took possession and tried to dribble out the clock, forcing WO-S to intentionally foul. Washburn hit both her free throw attempts, icing the game and securing a 48-43 LCM win.

Washburn led the Lady Bears in scoring with 19 points. Asia Robinson put up 12 of her own, followed by Aniyah Robinson with 10 points.

Henderson dropped a team-high 24 points and five three-pointers for the Lady Mustangs. Watson finished second on the team with 10 points.

Little Cypress-Mauriceville is now 7-3 in District 22-4A thanks to a six-game win streak. They’ll look to make it seven straight on the road against Vidor, Feb. 4.

West Orange-Stark falls to 4-5 in 22-4A. They have a break before their next game against Silsbee, Feb. 8.