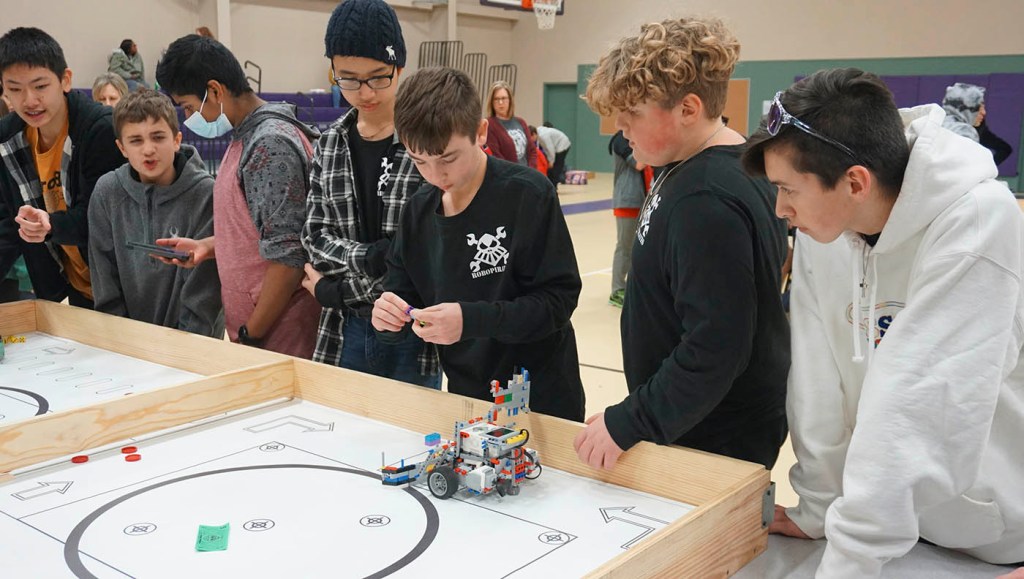 Teams were expected to bring completed bots, but were allowed to re-create on site if need be.  They were all able to build their bots and practice with them at school.  However, the competition came with a twist in the preliminary round.  Each team was randomly paired with another, so students were working in tandem with youth from schools other than their own.  The team pairs had to program their bots to accomplish certain tasks, such as sweeping blocks off a table, picking up dice, and other things.

Teams advancing to the finals were able to choose their alliances to complete team challenges with their bots.  Advisor Jana Cash says the competition was somewhat smaller than previous years’ events, but that the VJHS students had a great time participating and building their experiences as teammates.

Amy Odom and Sheri Weaver are the Robotics team teachers.