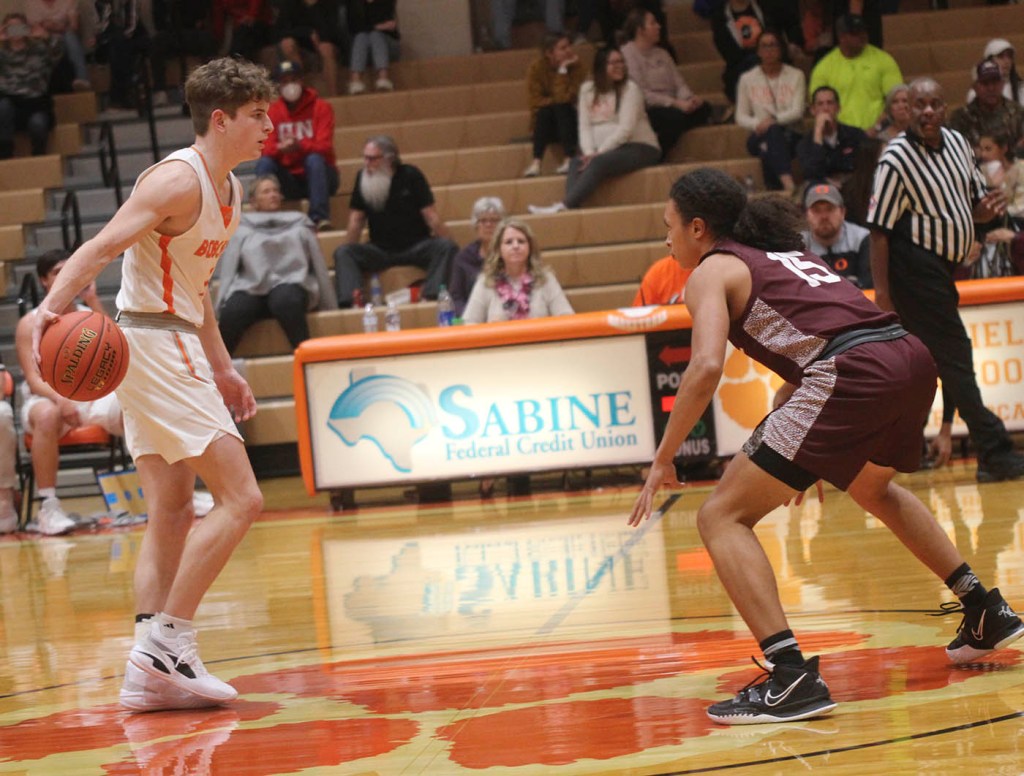 ORANGEFIELD – After surging out to a 18-15 lead at the end of the first quarter the Orangefield Bobcats hit a lull in the second quarter as Silsbee went on a 24-3 spurt in the second period and the No. 2-ranked team in the state in the Tigers went on to roll to a 92-47 District 22-4A victory at Bobcat Gym Tuesday night to start the second half of district play.

The Bobcats (4-3 in district) came out firing on all cylinders, especially senior Payton Wrinkle. Wrinkle tallied 13 of his team-high 15 points in the first eight minutes as the Bobcats took a slim lead heading to the second. Wrinkle, who has had a great run in a Bobcat uniform, eclipsed the 1,000-point mark at Orangefield and now has 1,003.

The Tigers were sparked by Jared Harris, who poured in a game-high 27 points as he drained five three-pointers for Silsbee, which is now 7-0 in 22-4A play.

Silsbee upped the ante on the defensive end in the second quarter as they limited the Bobcats to no field goals in the period and forced seven Orangefield turnovers.

The Tigers went on to outscore the Bobcats 53-26 in the second half and scored 32 points in the fourth quarter.

LaMarcus Bottley, Jr. had 14 points for the Tigers while Dre’lon Miller had 12 and Jerrick Harper added nine.

The Bobcats finished with 19 turnovers while the Tigers had 11. Silsbee finished 6-of-9 from the free-throw line while the Bobcats went 11-of-18.

The Bobcats will look to bounce back Friday when they visit Bridge City. Bridge City picked up their first 22-4A win of the season with a thrilling 65-63 overtime victory over Vidor. The Cardinals and Pirates are now both 1-6 in 22-4A play.