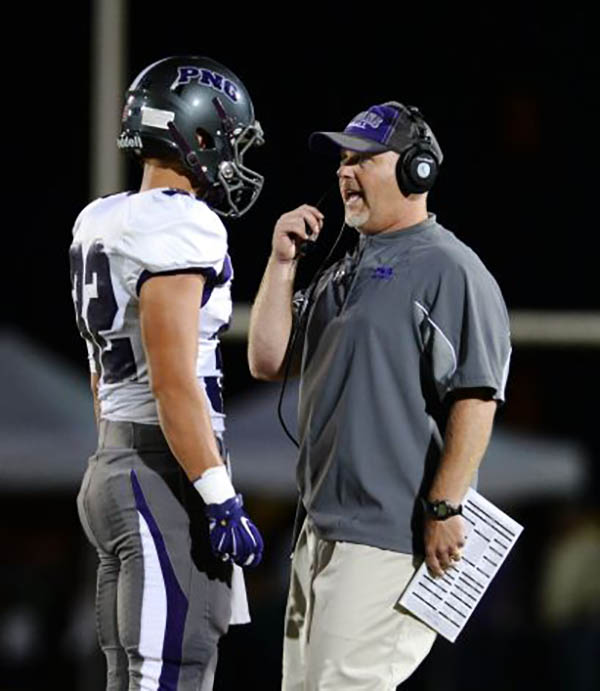 Brandon Faircloth has 102 wins as the PN-G head coach.

PORT NECHES — Port Neches-Groves Head Football Coach and Athletic Director Brandon Faircloth will be recommended for the same position at a different school at a board meeting Monday night, according to multiple sources.

Faircloth’s name will go before the Sulphur Springs school board during a closed session this evening.

The PNG AD and head football coach spent 13 seasons with the Indians, where he amassed 102 wins.

This past season, Faircloth led the Indians to the third round of the 5A Division II playoffs. His record for his time with the Indians is 102-51.

Faircloth led the Indians to four outright district championships and one co-championship. His teams made the playoffs in all but one year (2012) under his lead.