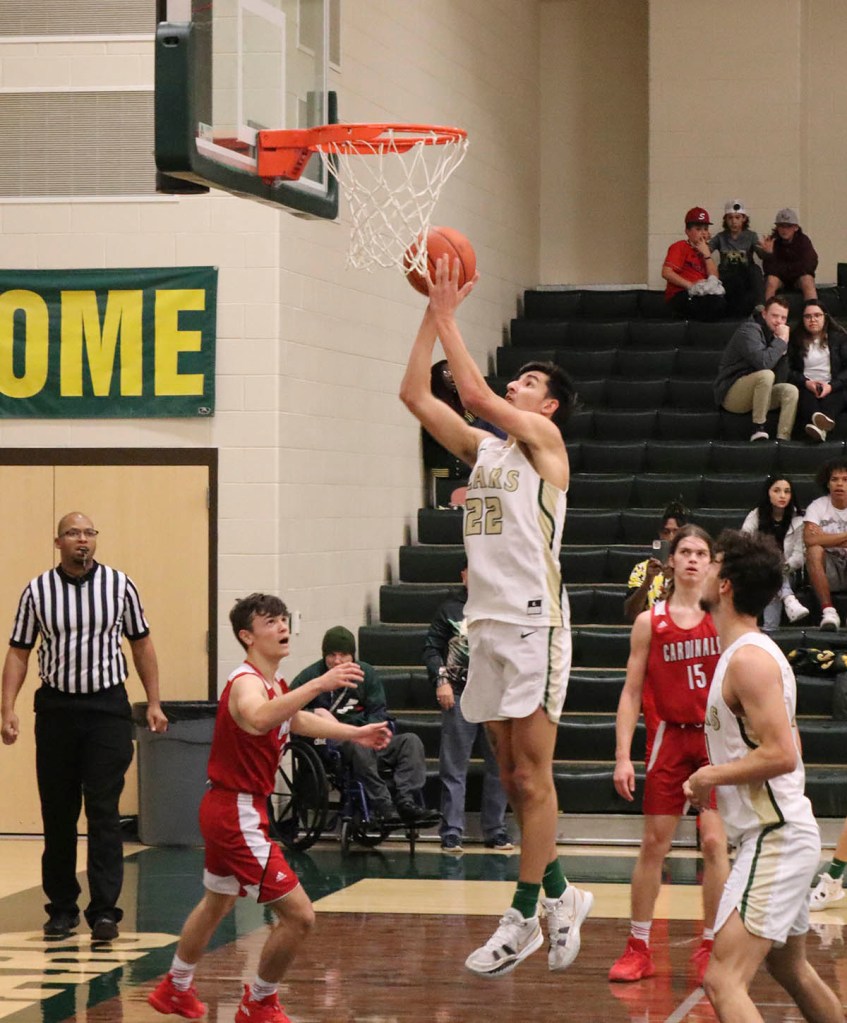 Keagan Smith/Orange Leader LC-M's Ben Elliott goes up for an easy shot against Bridge City at The Grove.

LITTLE CYPRESS – Little Cypress-Mauriceville ran over Bridge City on their way to an 88-46 District 22-4A victory at The Grove Friday night.

The Bears (18-9, 4-2) wrapped up the first half of 22-4A play in a three-way tie for second-place with the second half cranking up on Tuesday.

The Battlin’ Bears played fast-paced basketball from the opening tip. Alantheon Winn caught fire early, erupting for 13 points in the first quarter. He propelled LCM to a 24-10 lead at the end of one.

The Cardinals’ offense improved in the second quarter, putting up 16 points. Rayburn Hebert dropped in a pair of three-pointers for the Cards, but it wasn’t near enough to catch up to their opponents. Winn scored another seven for LC-M to cap off his 20-point first half. Ben Elliot scored eight in the second quarter, including a couple of emphatic fast-break dunks to give the Bears a 50-26 lead at halftime.

Little Cypress-Mauriceville played tenacious defense in the third, giving up just seven points. Elliot and Da’Marion Morris each put in six points in the quarter as LCM blew the game open and went up by 37.

With the game basically over by the fourth quarter, the Bears subbed in the end of their bench and cruised to an 88-46 blowout victory.

Winn’s 27 points were a team-high for LCM, followed by Elliot’s 23. Other key contributors were Morris with 10 points and seven assists, while Kaine Humberson pitched in 10 assists as well.

Walker Britten led Bridge City in scoring with 17. Hebert was second on the team with nine points.