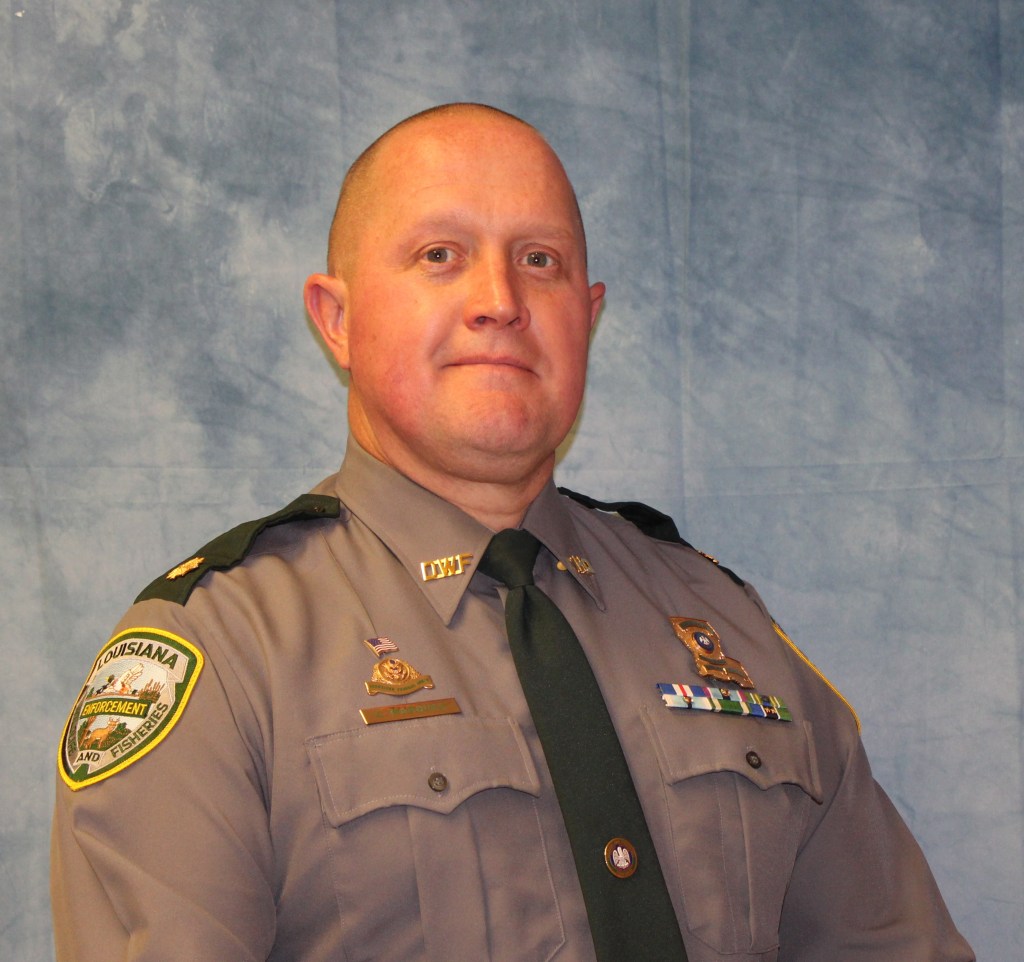 The Louisiana Department of Wildlife and Fisheries has appointed a new state Boating Law Administrator (BLA), which will represent Louisiana on the National Association of State Boating Law Administrators (NASBLA).  Major Clarence Marques, of Livingston, is replacing Lt. Col.  Rachel Zechenelly as Louisiana’s BLA.
“I’m extremely honored to be named as the BLA for the state and am excited for the opportunity of continuing our safe boating mission,” said Marques.  “I’ve served numerous boating safety positions with my time in the enforcement division and am ready to take on this position.”
Major Marques is originally from Chalmette and joined the LDWF Enforcement Division in 2006.  Major Marques started as an agent patrolling Livingston Parish.  While he was a field agent, Major Marques also became a NASBLA Tactical Operator’s Course instructor and certified in the NASBLA Officer Water Survival Course.
Major Marques was then assigned to the LDWF Enforcement Division’s Headquarters Staff in 2014 in Baton Rouge as the boating education coordinator.  In 2015, he received the NASBLA Boating Law Enforcement of the Year award.
From 2016 to 21, Major Marques served on the NASBLA Boat Advisory Board and is currently on the NASBLA Finance and Grants Committee.  He also recently graduated from the NASBLA Leadership Academy in 2021.
“I’ve watched Major Marques come through the ranks and have been impressed with his ability to learn each part of the job and especially his devotion to boating safety,” said Lt. Col. Rachel Zechenelly.  “He has assisted me in planning, directing, managing and supervising our boating safety mission since he came to headquarters in 2014.”
In addition to being the state’s BLA, Major Marques is also in charge of training, search and rescue, recreational boating safety, and maritime security.
NASBLA is a national nonprofit organization that works to develop public policy for recreational boating safety. NASBLA represents the recreational boating authorities of all 50 states and the U.S. territories.  NASBLA’s mission is to strengthen the ability of the state and territorial boating authorities to reduce death, injury and property damage associated with recreational boating and ensure a safe, secure and enjoyable boating environment.