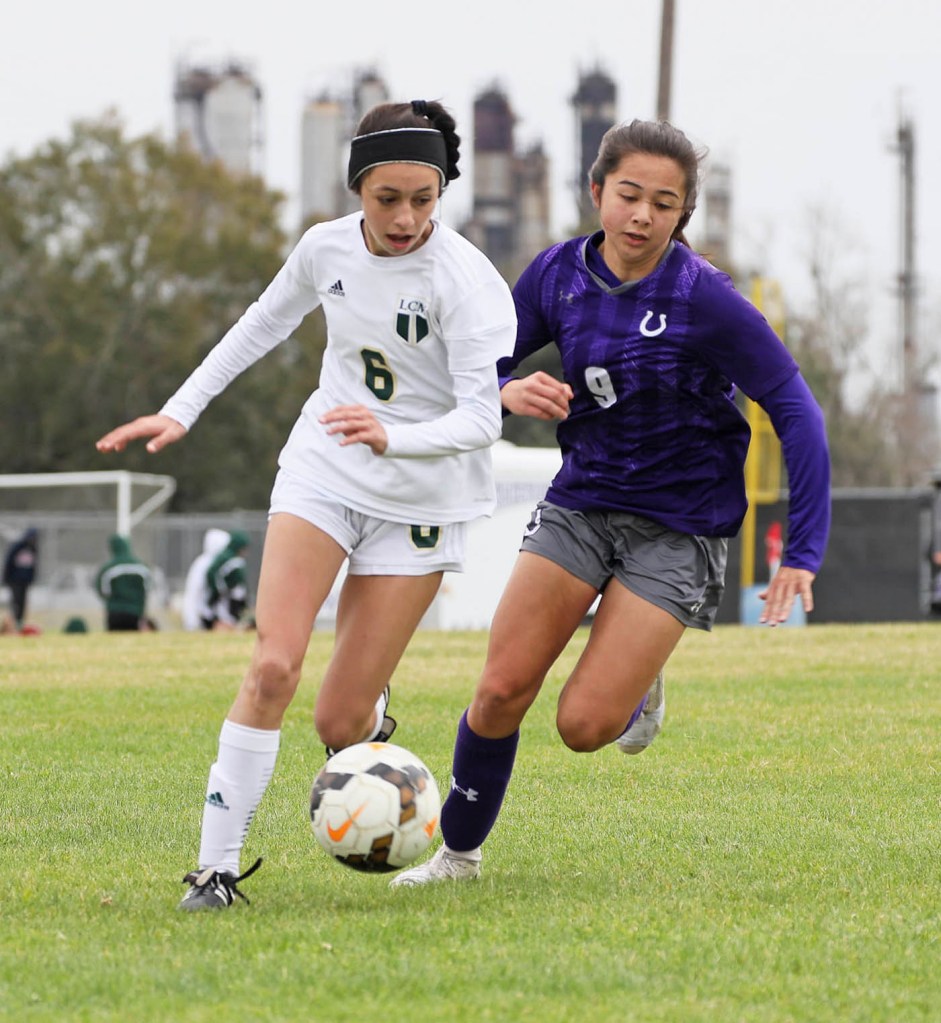 The LC-M Lady Bears JV and Varsity traveled to PNG Saturday for the final day of the Cajun Classic.

The Varsity team came home with a 3-0 win over the Dayton Lady Broncos. Annabelle Fisher finished the match with a hat trick and Mariah Ammons added an assist. Matalyn Hill and the defense comprised of Loren Rodriguez, Kaylee Potter, Sydney Guidry, Mallory Dollar, Brooklyn Leonard, and Makinzi Stevens kept the Broncos scoreless with Hill collecting the clean sheet. The Lady Bears finished the tournament 3-1 and have an overall record of 4-2 on the season.

Both teams will travel to The Reservation Tuesday night to take on the PNG Lady Indians. JV will begin at 5 p.m. and Varsity will follow at 7 p.m.

The LC-M Lady Bears booted Crosby 4-0 in their second day of action at the PN-G Cajun Classic.

. The clean sheet for the day was recorded by Matalyn Hill with the tremendous effort from a combination of players including Loren Rodriguez, Kaylee Potter, Sydney Guidry, Makinzi Stevens, Mallory Dollar, Sarah Hormell, Lauren Tinsley, and Addyson Dryden. The offense continued to be a threat the entire match and kept the Lady Cougar defense on their toes. Stats on the match are Evelyn Mares with her first Varsity goal and assist, Annabelle Fisher with two goals and one assist, Mariah Ammons tallied a goal, and McKenzie Freeman with an assist.