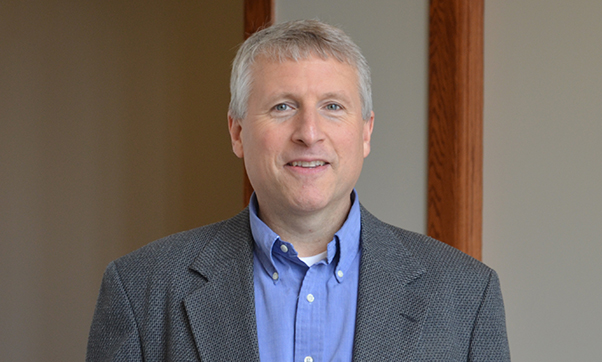 Here’s a critical question for enthusiasts of critical race theory, particularly its growing number of advocates on the religious left: How did MLK do what he did without CRT?

That is, how did the Rev. Dr. Martin Luther King, Jr. manage to accomplish what he did without critical race theory? MLK preceded CRT, which began its rise in the 1970s, exploding in American universities still later. King was assassinated in 1968.

How did Rosa Parks do what she did without this very, very narrow ideological theory known as CRT?

How about Thurgood Marshall?

How did the NAACP, founded in 1909, ever get off the ground without CRT?

How about Harriet Tubman and Frederick Douglass?

What about Abraham Lincoln?

Juneteenth long preceded critical race theory. How was that possible?

Returning to the Rev. King, how did he manage to accomplish what he did without critical race theory? The answer is obvious: MLK didn’t need CRT. Neither did any of these other figures. Neither do you.

King, in fact, would have rejected CRT, least of all because of its roots in Marxist critical theory, whose origins are the destructive Frankfurt School.

I asked David Garrow, the preeminent biographer of King (and certainly no conservative), about King and CRT. “CRT so post-dates him that there’s no connection,” Garrow told me, “but MLK would have most certainly rejected ANY identity-based classification of human beings.”

No question. For King, you were to be judged by the content of your individual character, not lumped into an ethnic category based on the color of your skin. You were a child of God made in the image of God. You were defined as a person, not stereotyped according to a group.

As St. Paul stated, “There is neither Jew nor Gentile, neither slave nor free, nor is there male and female, for you are all one in Christ Jesus” (Galatians 3:28).

The Christian faith, which of course was King’s faith, rejects these identity-based classifications of human beings.

Dr. Wyatt Tee Walker was close to the Rev. King. He stated: “Today, too many ‘remedies’—such as Critical Race Theory, the increasingly fashionable post-Marxist/post-modernist approach that analyzes society as institutional group power structures rather than on spiritual or one-to-one human level—are taking us in the wrong direction: separating even school children into explicit racial groups, and emphasizing differences instead of similarities.” Walker stressed: “The roots of CRT are planted in entirely different intellectual soil. It begins with ‘blocs’ (with each person assigned to an identity or economic bloc, as in Marxism).”

For the record, I get asked constantly about the Rev. King’s views on Marxism and socialism. They are frustratingly and notoriously difficult to pin down. Garrow would put King in the camp of some form of “democratic socialism,” probably closer to that originally envisioned by “social justice” Catholic Michael Harrington during his founding of the Democratic Socialists of America in the early 1980s, a DSA far removed from today’s DSA—the DSA of Alexandria Ocasio-Cortez, Ilhan Omar, Rashida Tlaib, and Cori Bush. Today’s DSA is saturated with members who are sympathetic to Marxism—what its leadership calls “our 94,915 comrades”—and to atheism (and also virulently anti-Israel, if not anti-Semitic). Harrington would have been very troubled by this.

It was precisely the atheism of communism that bothered the Rev. King.

“Communism, avowedly secularistic and materialistic, has no place for God,” noted King. “I strongly disagreed with communism’s ethical relativism. Since for the Communist there is no divine government, no absolute moral order, there are no fixed, immutable principles; consequently almost anything—force, violence murder, lying—is a justifiable means to the ‘millennial’ end.”

King would have vehemently rejected the embrace of Marxism by the likes of BLM founder Patrisse Cullors, a stalwart proponent of critical theory generally and CRT in particular. “We are trained Marxists,” says Cullors. “We are super-versed [in] ideological theories.”

If only Cullors knew what a terrible racist Karl Marx was. I’ve written about this at length in articles and books. Both Marx and Engels nastily flung around the n-word; that is, the actual American-English racial epithet for black people. It’s alarming to read letters between Marx and Engels in German and be struck by the n-word jumping off the page.

Of course, Cullors probably has no idea of that. She attended our universities. She would have learned only good things about Marx and Engels, and about critical theory.

It’s hard to imagine the Rev. King engaging in similar deeply divisive Marxist-based rhetoric. This is what can happen when the ugly specter of communism is dragged into civil rights. It divides. That’s what Marxism has always done. It’s a toxic ideology with corrosive effect.

All of which brings me back to my opening question: Why do so many people on the left, and particularly the religious left, feel the need to embrace critical race theory in order to teach about the nation’s past racial sins? Believe me, I know. I’m hearing from them constantly, especially as modern times have prompted me to regrettably write about CRT, which for years I avoided like the plague because it’s so incendiary.

Few modern topics have become as divisive, which is no surprise, given that CRT divides. It divides people into groups pitted against one another, into categories of oppressed vs. oppressor. And your group defines you. This certainly flies in the face of the Judeo-Christian conception of all individuals as children of God.

King and Parks and the others, to the contrary, united everyone with their struggle. Sure, they were opposed by racists of their day. Today, however, they are national icons, widely respected if not revered by all sides.

We’ve grown so much that there’s now a national holiday for King. Everyone celebrates it. It was approved by President Ronald Reagan in 1983, even given Reagan’s early questions about the Civil Rights Act of 1964. When Reagan was first asked about a King holiday during a press conference on May 10, 1982, he unhesitatingly said: “I have the deepest sympathy for it. I know what he means and what he has meant to a movement that I think is important to all of us.” After tasking his administration to consider the costs of such a federal holiday, he approved of it in August 1983.

Today, everyone approves of it.

Figures like King pull together. Critical race theory pulls apart. That’s why it has long been rejected, until, strangely, its recent embrace by many on the religious left as well as many on wider political left.

But not everyone on the wider left. Liberals ranging from the likes of Bill Maher to Andrew Sullivan to John McWhorter to James Carville firmly reject it and take it on. Entire groups like the 1776 Unites project, made up of longtime leading African-American scholars like Carol Swain, Glenn Loury, Bob Woodson, Shelby Steele, Wilfred Reilly, and dozens more have sprung up to counter CRT’s influence.

What inspires people and brings them to their better angels are brilliant works like the Rev. Martin Luther King Jr.’s Birmingham Jail letter, not the works of CRT writers like Robin DiAngelo, Kimberle Crenshaw, Richard Delgado, and Ibram X. Kendi.

As I’ve said in this space before, it reminds me of a constant caution I urge to religious-left Christians who oddly feel compelled to say sympathetic things toward Marxism: If you want to help the poor, just follow the Gospel and teachings of Jesus. Why follow militantly atheistic communism merely because Karl Marx likewise talked of helping the poor? That’s silly. Marxists vehemently reject religion. Just as Marxists don’t get to claim ownership of workers’ rights, neither do critical race theorists suddenly get to claim ownership of civil rights.

People on the religious left have long been easily manipulated by radical theories repackaged and dressed up in a pretty pink bow. They are very naïve to many of these noxious ideological notions, and Marxist practitioners have long known that and targeted them. I wrote a 700-page book on the subject. Again, they should simply stick with the Gospel. Go to Christ. You need not go to anything rooted in Marx. That is not fruit from a healthy tree.

For those of us in education, especially at Christian colleges, this is the time to do what King did in that cell in Birmingham: appeal to the Gospel, Judeo-Christian teaching, natural law, Jesus, St. Paul, Augustine, Aquinas, and not to a theory developed from the ideas of Karl Marx and the Frankfurt School.

Critical race theory is doing what it was designed to do: divide people. We need to unite people around what is true. Teach MLK, not CRT.

Dr. Paul Kengor is professor of political science and chief academic fellow of the Institute for Faith and Freedom at Grove City College. One of his latest books (August 2020) is The Devil & Karl Marx: Communism’s Long March of Death, Deception, and Infiltration. He is also the author of  is A Pope and a President: John Paul II, Ronald Reagan, and the Extraordinary Untold Story of the 20th Century (April 2017) and 11 Principles of a Reagan Conservative. His other books include The Communist: Frank Marshall Davis, The Untold Story of Barack Obama’s Mentor and Dupes: How America’s Adversaries Have Manipulated Progressives for a Century.