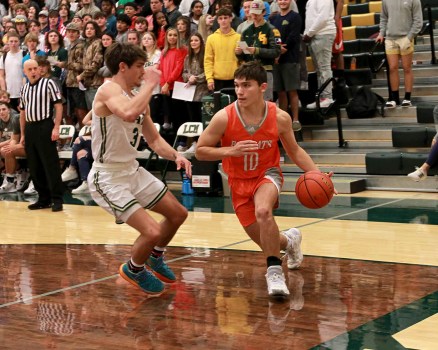 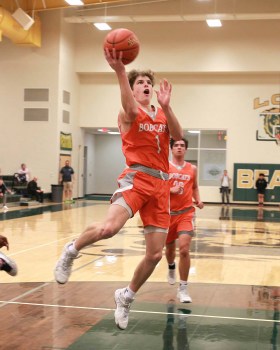 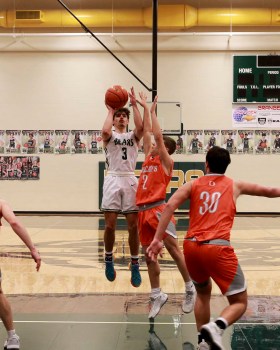 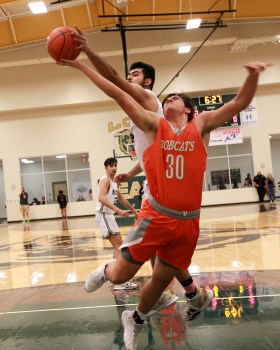 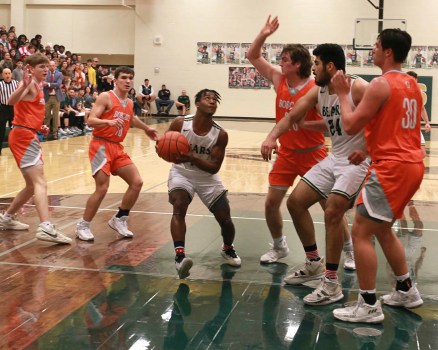 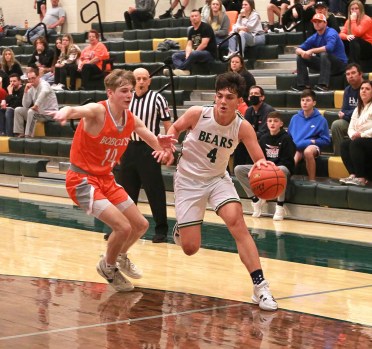 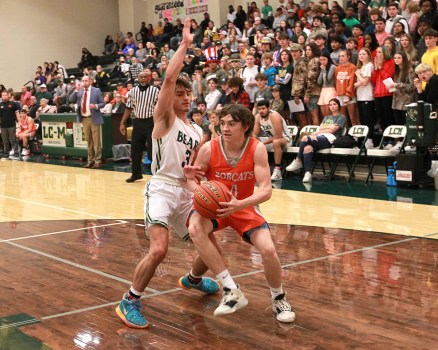 LITTLE CYPRESS – Controlling the game from the opening tip to the final horn, the Orangefield Bobcats cruised past the Little Cypress-Mauriceville Bears 52-32 in District 22-4A action at The Grove Friday night.

The Bobcats got it done without key starters Pete Ragusa and Cameron Dischler as well, but everyone pitched in a big way for Orangefield Friday.

Post Morgan Sampson led the Bobcats with 15 points and yanked down seven rebounds. The Bobcats got a huge effort from guard Brayden Parker, who popped for 13 points. Payton Wrinkle handled the LC-M pressure well and finished with 12 points. Koen Maddox chimed in with six points and a team-high eight boards for the Bobcats.

The Bobcats started on fire early and the Bears were cold as ice. Wrinkle and Sampson tallied seven points apiece in the quarter to ignite the early 19-2 run. The Bears got buckets from Molina and Elliott to make it 19-6 by the end of the quarter.

Orangefield clamped dowon on defense again in the second quarter, limiting the Bears to just five points and forcing LC-M into six of their 17 turnovers in the period to go up 31-11 at the half.

The Bears outscored the Bobcats 14-12 in the third quarter to get to within 43-25 entering the fourth. Elliott and Morris combined for nine points in the quarter while Sampson and Maddox teamed up for eight points in the period for the Bobcats.

The Bobcats did a good job playing keep-away from LC-M in the fourth as they chewed up a lot of clock to nail down the victory.

LC-M finished with a slim 27-26 rebounding edge. Orangefield finished with just 12 turnovers as they handled the Bear pressure well. The Bears were 7-of-10 from the free-throw line while Orangefield was just 5-of-11.

The Bears, still in second-place in the 22-4A standings, will travel to second-ranked Silsbee (4-0 in district) Tuesday. Silsbee nipped West Orange-Stark (12-12, 2-2) 61-58 with a three-point shot at the buzzer at Mustang Gym Friday. The Bobcats, now in third-place, a half-game up on WO-S, will welcome in Vidor (1-3 in district) Tuesday.

LC-M, Orangefield and West Orange-Stark finished the first half of 22-4A play with a three-way tie for third with 3-3 marks.

No individual stats or team leaders were provided, called in or emailed tonight by LC-M or WO-S.

Orangefield will visit Vidor Tuesday to start the second half of 22-4A play while the Lady Bears play host to first-place Silsbee. WO-S will play host to Bridge City.