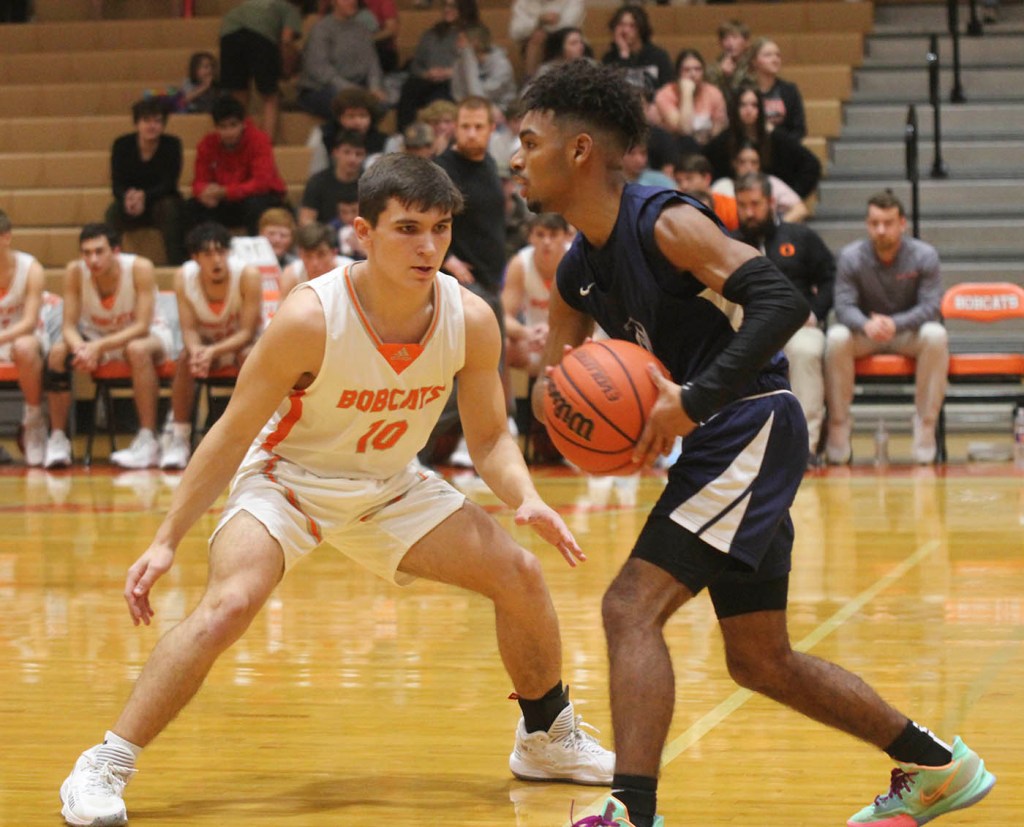 ORANGEFIELD – The West Orange-Stark Mustangs erased a five-point halftime deficit with tenacious defense in the second half and utilized a 20-8 spurt in the third quarter to pull away from the Orangefield Bobcats 57-46 in District 22-4A action at Bobcat Gym Tuesday night.

The Mustangs wore down the Bobcats with full-court pressure and it paid off in the third quarter when they forced Orangefield into nine turnovers in the period.

The Mustangs put together a balanced attack to thwart the Bobcats as no WO-S player finished in double figures.

Zane Wrinkle paced the Bobcats, who were without the services of standout guard Pete Ragusa and lost Cameron Dischler to an ankle injury in the first quarter, with 10 points and nine rebounds.

The Bobcats led 13-9 at the end of the first quarter and led by five at intermission.

The Mustangs gained a 41-34 lead with heading to the fourth after their third-quarter spark.

The Mustangs controlled the boards, finishing with a 42-31 rebounding edge. The Bobcats finished with 16 turnovers while WO-S had 14. WO-S was just 8-of-14 from the free-throw line while the Bobcats were 10-of-12.

The Mustangs, winners of two straight in 22-4A play, wuill play host to the Silsbee Tigers, ranked No. 2 in the state in the latest Class 4A poll, Friday night at Mustang Gym while the Bobcats will look to bounce back with a road trip to Little Cypress-Mauriceville.