OPINION: THE IDLE AMERICAN – All in a night’s work? 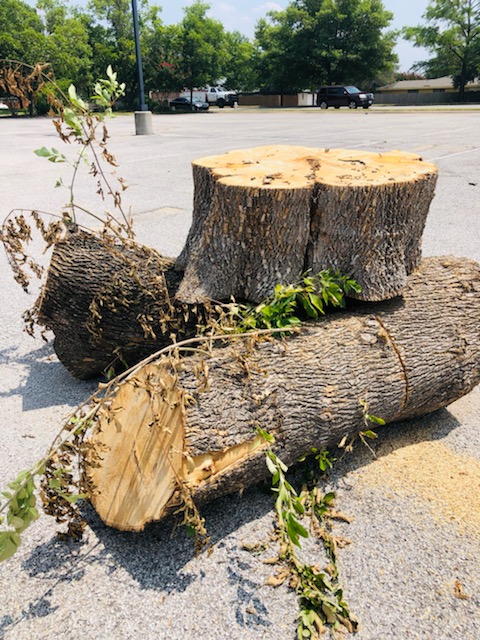 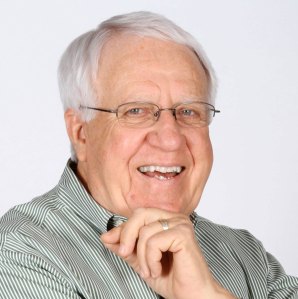 During almost two decades of writing weekly accounts of humorous and/or unlikely occurrences, I’ve never come across anything quite so bizarre as the subject of this week’s epistle.

It is a legal case in progress, as the wheels of justice necessarily turn slowly. Otherwise, the folks at Alta Mesa Church of Christ in Fort Worth might have been able to attach a stump grinder to the mechanism, ridding themselves of the trunk in the process.

Here’s the deal: In the dark of a recent night, someone(s) drove a big truck onto the church parking lot, leaving behind a giant tree trunk. I am tempted to add “sequoia” or “redwood,” but such trees don’t fare well in these parts. Therefore, I’m guessing it was a garden variety tree trunk that may have sprung up when Adam and Eve were in the garden. In the here and now–hundreds of years later–it looks like the trunk of an aspen that has grown like a tree on steroids for hundreds of years. Already confused? It gets worse.

When the church staffers arrived the next morning, they were stunned to see stump dumped on the parking lot.

They called in my “Mr. Fix-It” neighbor who had helped them with shrubs and such in the past. Josh (only his first name will be used) is a fireman who has various parttime jobs on the side.

He estimated that he could remove the stump–in sections–for a thousand bucks or so. However, it was projected to be a laborious project involving much sawing and multiple pick-up trips to the dump. Ever helpful, he recommended that they first review the church’s security camera footage. Sure enough, the event was captured, clearly showing the truck and numerous identifiable markings. The old Candid Camera TV show never made situations clearer.

Whatever, Fort Worth police were notified. City workers removed the trunk and the justice wheels started turning.

Josh can think of many reasons that the church parking lot may have appealed to the perpetrators. “Maybe they were tired and maybe the dump was several miles away,” he opined. “And maybe they were short on cash needed for dump access.” His mind racing, Josh cited numerous other possibilities, including comments like, “Hey, there’s a big church parking lot with plenty of room…. Maybe the youth could chop it up to sell as firewood to help finance their next ski trip.” Here’s my thinking: Maybe they forgot to tie a ribbon around it, hoping it would be thought of as a Christmas gift and/or an income tax deduction?…

I had opened Pandora’s box of “what if’s,” and Josh was just getting warmed up. When I walked away, he was chuckling about lawbreakers giving no thought to being “done in” by security cameras.

I am told that offenses like this “stump drop” aren’t all that unusual. My guess is their miscellaneous items taken to the dump would rival the assortment of “lost and found” at the airport.

The City of Fort Worth spent more than $2,000,000 in 2016 for the removal of litter from private property, with costs continuing to escalate.

Yet, public employees continue to serve, while the legal system continues to seek ways to rehabilitate and encourage walks on the straight and narrow.

We expect too much of public servants these days. Their work is often thankless, sometimes calling for them to face dangers that formerly were never even thought about.

Aren’t we lucky that they continue to serve? I salute them. Why not a round of applause, too, for people making ever-improved surveillance cameras?

This vignette reminds me of a convenience store where a one-way mirror hung from the wall. On it a sign had been painted: BEFORE YOU ATTEMPT TO ROB THIS ESTABLISHMENT, YOU ARE WARNED THAT TWO NIGHTS EACH WEEK, AN EMPLOYEE IS LOCKED AND LOADED BEHIND THE MIRROR. YOU GUESS WHICH NIGHTS.