Bears run away from Mustangs in second half 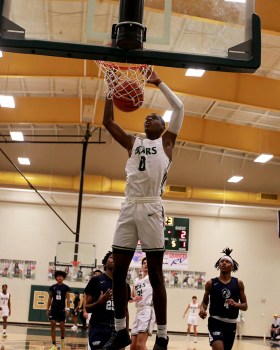 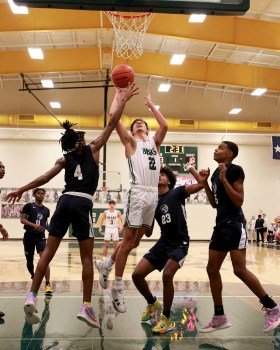 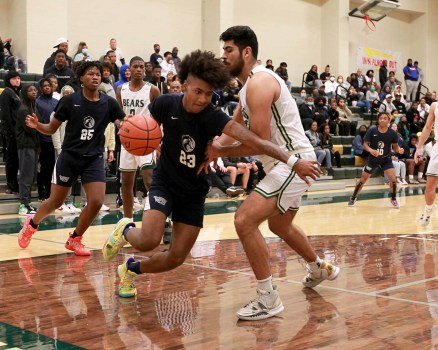 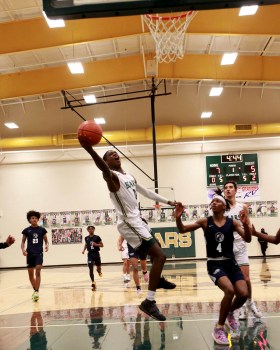 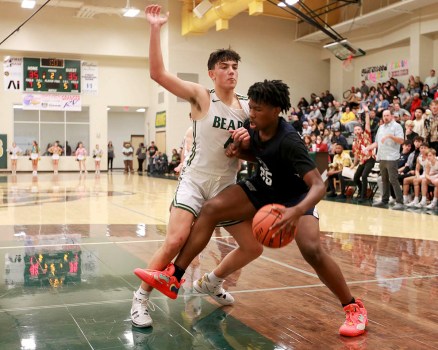 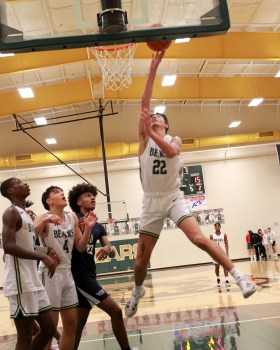 LITTLE CYPRESS – Picking it up on the defensive end in the second half and using extreme balance on offense, the Little Cypress-Mauriceville Bears soared past the West Orange-Stark Mustangs 76-62 in District 22-4A action at The Grove Tuesday night.

The Mustangs stayed in it in the first half by burying seven three-pointers but the Bears buckled down on their perimeter defense in the second half, limiting WO-S to just one three-pointer.

LC-M went on to outscore the Mustangs 35-22 in the second half and got some breathing room with a 15-7 run in the third quarter to go up 56-47 heading to the fourth.

The Bears’ Alantheon Winn and Ben Elliott teamed up for 16 fourth-quarter points as the Bears pulled away even more and the two each had a pair of nice dunks in the last quarter.

Bear point guard Da’Marion Morris chimed in with 12 points and grabbed a team-high eight rebounds. Noah Fuller finished with 12 points, 10 of them in the second half as he was a big spark. Post Miguel Molina had a workman-like eight points and six boards.

Michael Wardlow had another solid outing for the Mustangs as he filtered in 23 points to go along with eight rebounds. Aundrew Samuel had 11 points, all coming in the first half as he drained three three-point bombs.

The Bears finished with a 31-27 rebounding edge.

The Bears netted a 21-17 lead by the end of the first quarter with Winn and Elliott teaming up for 17 of the points.

The Mustangs rallied back grab the lead a couple times in the second quarter when Samuel scored seven points and Samuel hit a couple long-range three-pointers.

The Bears will have a bye Friday before returning to 22-4A play next Tuesday at Vidor while the Mustangs will return home this Friday to host Vidor.