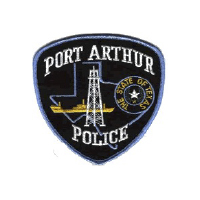 On Monday at approx. 12:49 p.m, Port Arthur Police Department (PAPD) dispatch received a call of shots fired in the 1100 block of Liberty Ave. in Port Arthur. Officers arrived on scene within seconds and located a male lying in the 2400 block Of Thomas Blvd. This individual was transported to a local hospital with gunshot wounds to his body. He was pronounced deceased a short time later.

A second gunshot victim arrived at the hospital by personal vehicle and was found to have suffered non-life threatening injuries. This individual was uncooperative with investigators when questioned. PAPD Detectives would determine that this subject

was in fact a suspect in this shooting, and would subsequently place him under arrest for Murder. This suspect has been identified as Stephen Angelle, 21 yrs of age.

Angelle was transported to JSCO correctional facility for proper booking.

The name of the deceased male, 22, is being withheld at this time until next of kin notification is completed.