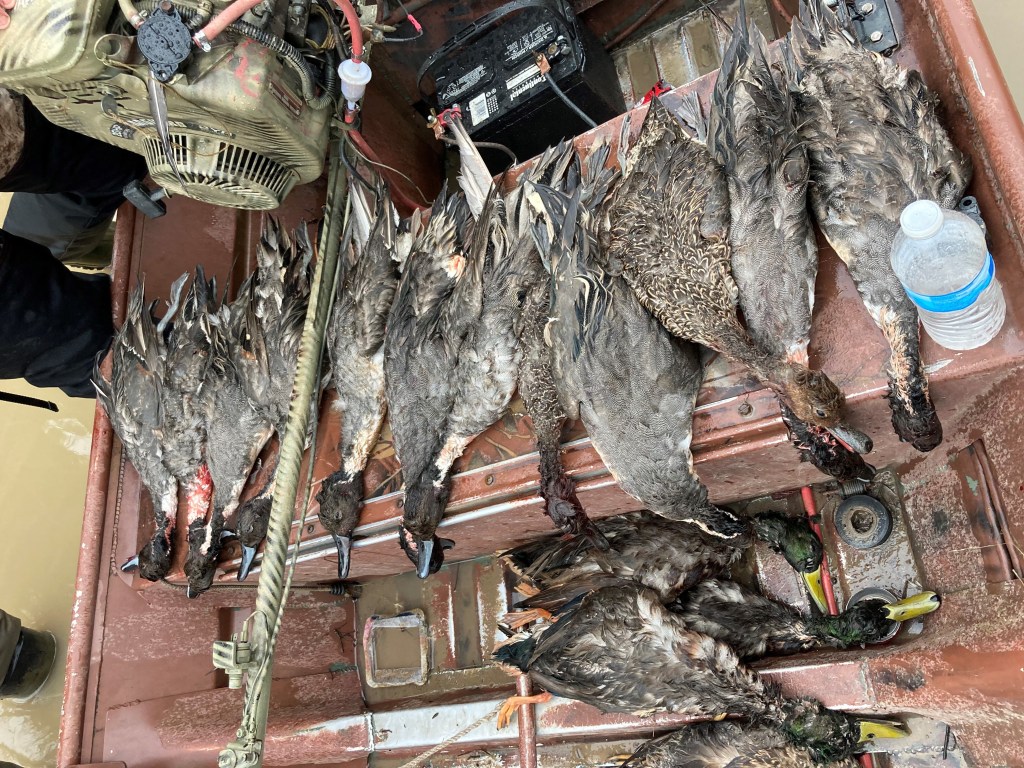 Agents cited Colton H. Nettles, 25, of Woodville, Miss.; Brandon L. Nettles, 37, of Woodville, Miss.; and a 16-year old juvenile for taking over the daily limit of ducks, taking over the daily limit of pintail, and intentional concealment of wildlife.  Colton Nettles and Brandon Nettles were also cited for contributing to the delinquency of a juvenile.

On Dec. 20, an off duty agent on Catahoula Lake observed three subjects in a blind that he suspected of being over the limit of pintails.  An agent was contacted and setup surveillance on the blind.  The agent observed the group harvesting more pintails.

The agent then made contact with Colton Nettles, Brandon Nettles and the juvenile in the blind where he found them in possession of five pintails and 13 other ducks.  The daily limit of pintails is one per licensed hunter.

After further investigation, the agent located seven additional pintails hidden about 30 yards behind the blind.  In total, the three subjects were found in possession of 25 ducks, of which 12 were pintail.  The daily limit for total number of ducks is six per licensed hunter.

Colton Nettles and Brandon Nettles were both charged federally for over the daily limit of pintails and ducks and those charges will be referred to the U.S. Fish and Wildlife Service for federal prosecution.

Intentional concealment of wildlife brings up to a $950 fine and 120 days in jail.  Contributing to the delinquency of a juvenile carries up to a $500 fine and six months in jail.

The subjects may also face civil restitution totaling $319 for the replacement value of the illegally taken ducks.