Pirates roll over Cardinals in 22-4A opener 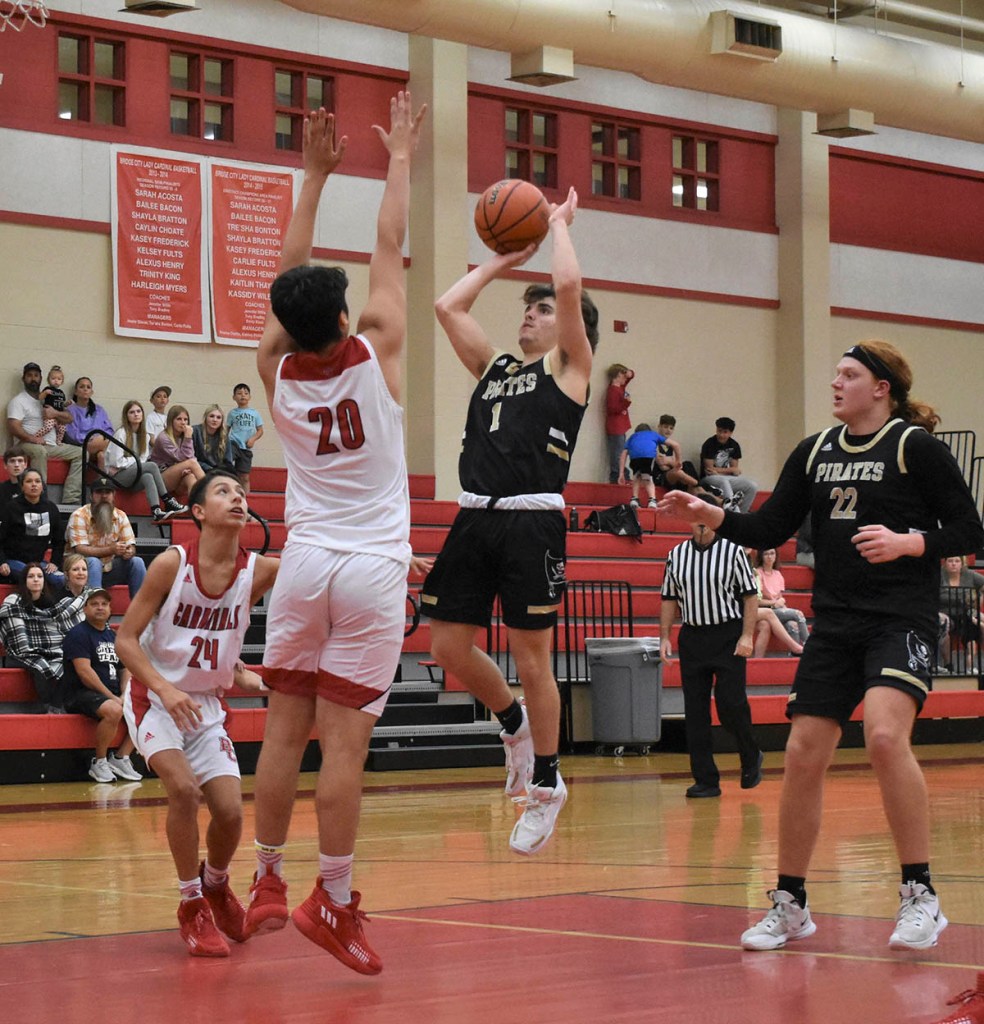 BRIDGE CITY – The Vidor Pirates opened District 22-4A play with a 56-28 blowout victory over the Bridge City Cardinals at Cardinal Gym Friday.

The Pirates jumped out to an early 14-5 lead in the first quarter thanks to seven points from Dalton Cash. The senior big man towered over the Cardinals’ undersized lineup, converting two baskets in the paint and nailing a three-pointer as well.

Vidor’s defense completely dominated their opponents before the half – they didn’t allow Bridge City to score at all in the second quarter. Five Pirates players scored in the quarter, giving their squad a commanding 27-5 lead at halftime.

Following halftime, the Cardinals did manage to put some points on the scoreboard. Rayburn Hebert continually attacked the basket, getting fouled four times in the process. While the layups didn’t fall, the sophomore converted eight-of-eight free throw attempts. Heading into the fourth quarter, Vidor still led 36-16.

Although they were firmly in the drivers’ seat, the Pirates offense notched their highest-scoring quarter with 20 points in the final period. Zander Lindsey and Westin Baker both put up five points each in the fourth, closing out the game.

Leading scorers for Vidor were Cash with 13 points, Joe Gardenhire with 12, and Lindsey with 11. Hebert led Bridge City in scoring with 11 points on the night.