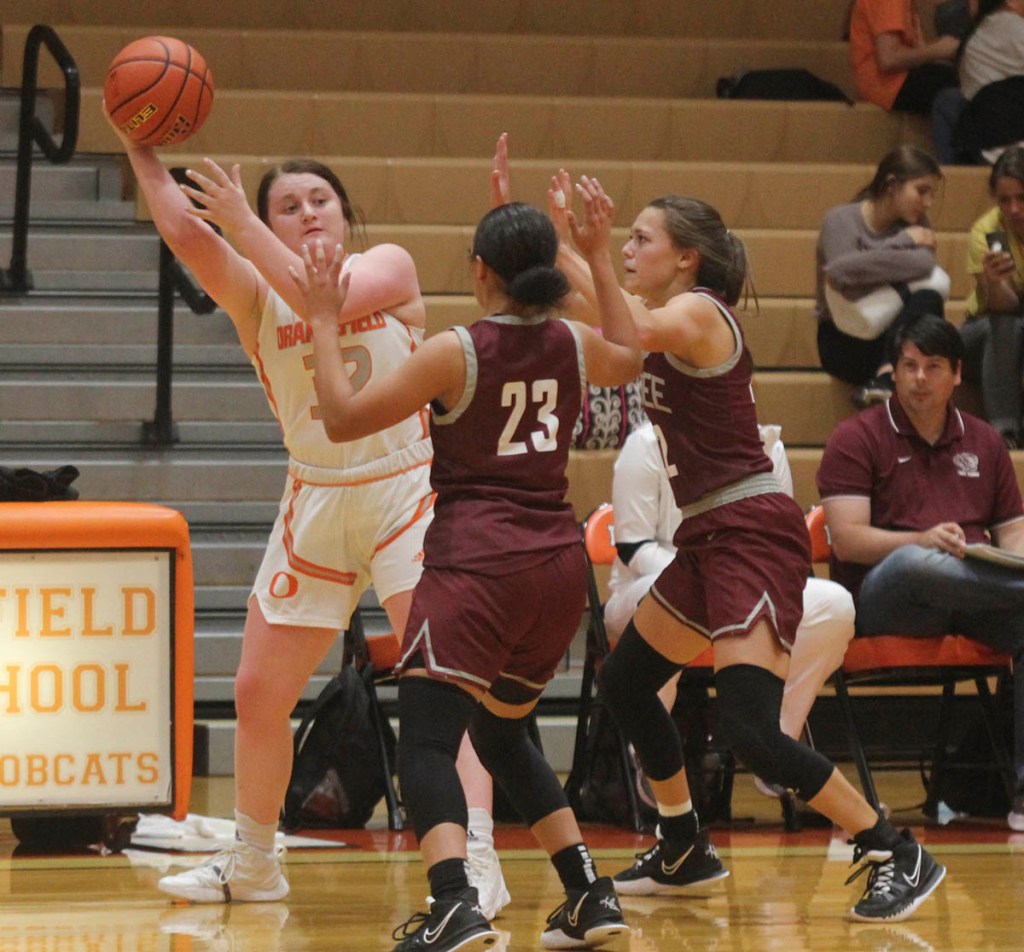 ORANGEFIELD – After digging themselves an early hole, the Orangefield Lady Bobcats rallied back well on several occasions before finally running out of gas as they fell to the Silsbee Lady Tigers 65-49 in District 22-4A play at Bobcat Gym Friday night.

The Lady Tigers extended their lead to double digits early in the third quarter only to see the Lady Bobcats trim it to a five-point game twice in the quarter and Silsbee led 44-38 at the end of the third quarter.

Silsbee went on to control the fourth quarter, finishing the game out with a 20-11 run in the final eight minutes.

Lady Tiger guard Monica Bottley had a big night, scoring 26 points, including 16 in the first half. She got hurt midway through the third quarter but came back in the fourth to nail some big free-throws.

Silsbee finished with a 32-23 rebounding edge.

Jena Warden fired in 15 points for Silsbee, with 11 big ones coming in the second half.

The Lady Bobcats forced the Lady Tigers into 26 turnovers. Orangefield finished with 19.

The Lady Bobcats will return to non-district action Monday when they travel to Buna before returning home Tuesday to host Deweyville.

Pirates roll over Cardinals in 22-4A opener