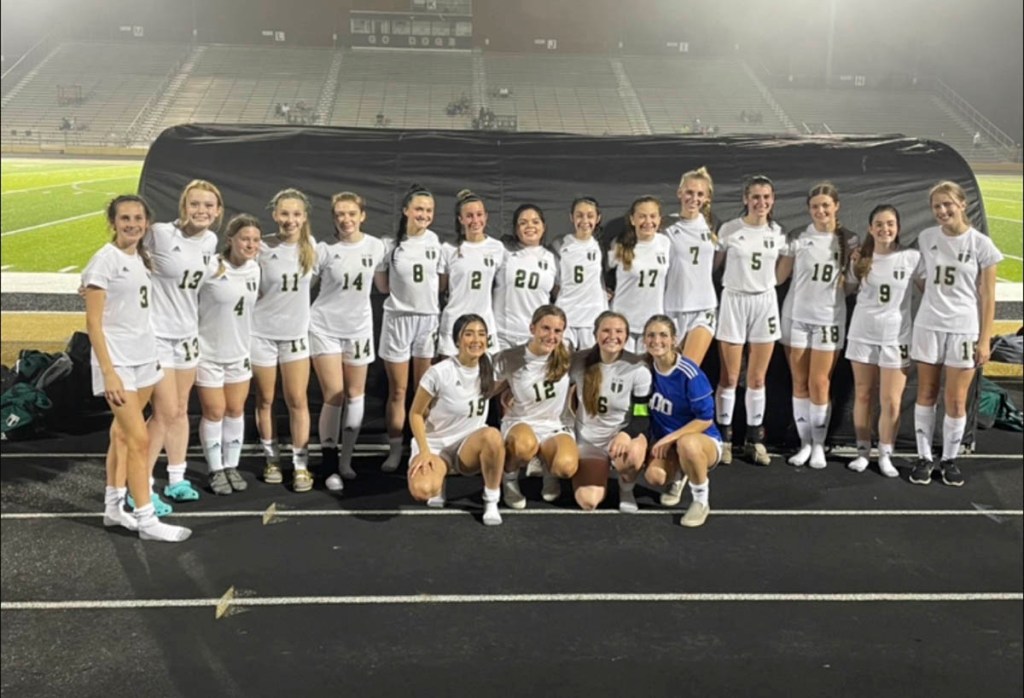 The LC-M Lady Bears hosted their annual Round Robin scrimmage at Bear Stadium Friday night before kicking off Christmas break. Each of the three games were TEAM wins and were achieved with combined efforts from everyone on the field.

In match one the Lady Bears took on cross-town foe and district opponent Bridge City. The Bears exploded in the first half for a total of seven goals. Annabelle Fisher led the scoring with 3 goals and 1 assist. McKenzie Freeman and Brooklyn Leonard each added 1 goal and 1 assist. Mariah Ammons fired one from distance for a goal. Taylor Bull added 1 goal and Madison McConnell assisted for 2.

The Lady Bears went on a scoring frenzy in the third match and beat Port Arthur Memorial 11-0. Annabelle Fisher led scoring with 5 goals and 1 assist. Brooklyn Leonard added 1 goal and 1 assist. Taylor Bull contributed 1 goal while assisting 2 others. Makinzi Stevens, Allie Stark, Madison McConnell, and Matalyn Hill each put a goal on the board. Mariah Ammons assisted one goal.

The Lady Bear defensive line made up of Loren Rodriguez, Mallory Dollar, Kaylee Potter, Sydney Guidry, Addyson Dryden, Lauren Tinsley, Sarah Hormell, and Caitlyn Long helped secure their fourth clean sheet of the season. A combined goalie effort of Matalyn Hill, Lauren Tinsley, and Brooklyn Leonard kept the ball out of the back of the net for the Lady Bears.

The Bears will begin their Christmas break before coming back for their annual Alumni Game on December 28th at 6pm in Bear Stadium. The first official preseason game for the Lady Bears will be on January 3rd in Huffman with JV beginning at 5pm and Varsity following at 6:30pm.