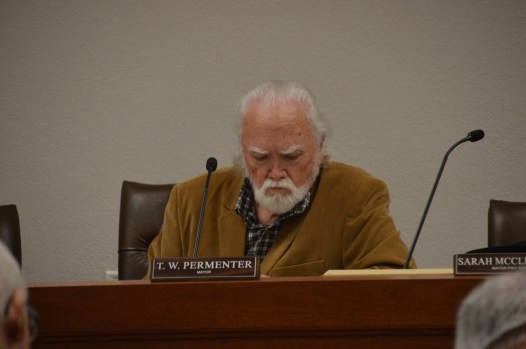 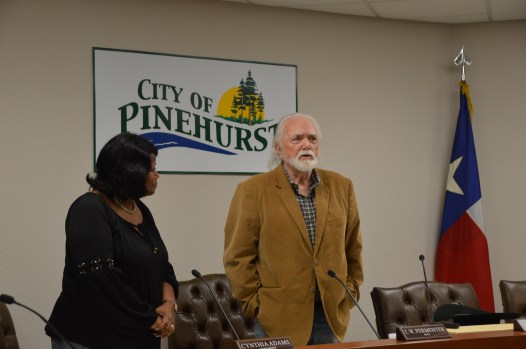 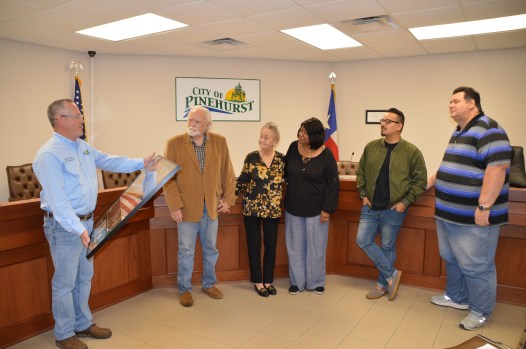 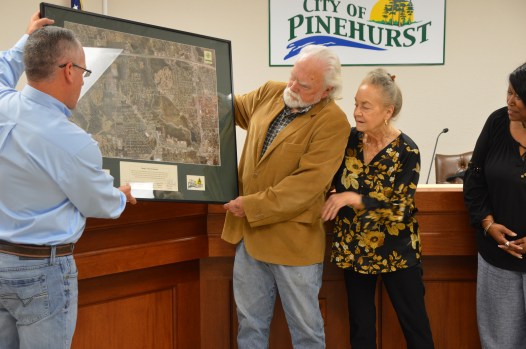 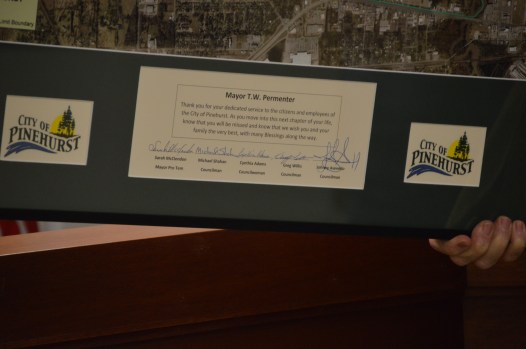 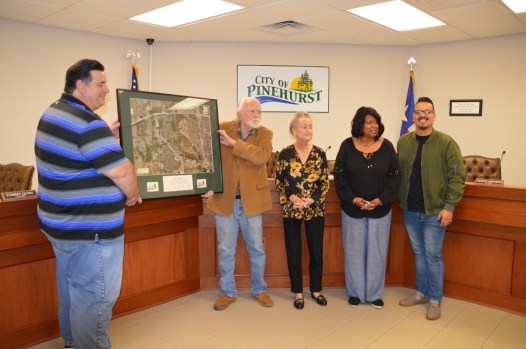 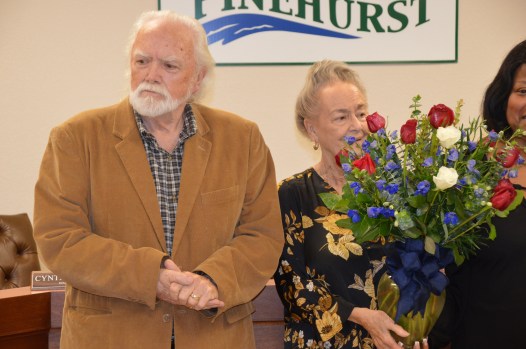 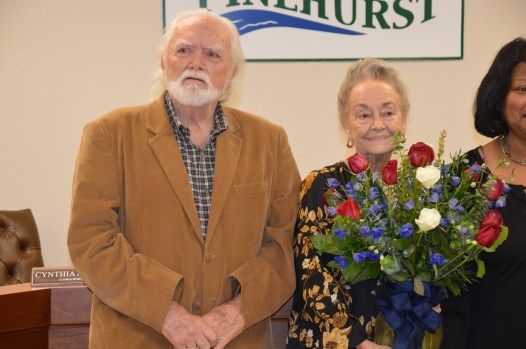 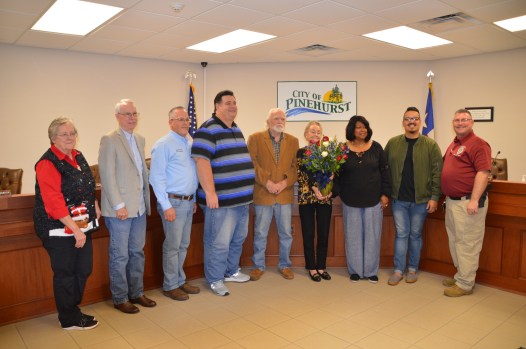 A man who has served the community for over 30 years has turned in his letter of resignation.

Pinehurst Mayor TW Permenter will step down as mayor of beautiful downtown Pinehurst on December 31, 2021. The seat is up for election in May and there is word it will stay vacant until the upcoming election.

Beautiful downtown Pinehurst is phase he coined and used often when speaking of the beloved city.

“Thank you to the citizen for allowing me to serve for manty years,” Permenter said.

City Administrator Jerry Hood said, “There is not one line, no cookie cutter line, that fits your service to the city.”

Hood along with the council presented Permenter with a map of the city.

“He once said he would like to have a map of the city,” Hood said. “You [Permenter] have been an advisor, mentor and a friend. I really appreciate you.”

Hood, who does not drink coffee, recalled the first time Permenter stopped by his office to have a cup of coffee and bring concerns he had of the city.

“He brings those concerns because he cares,” Hood said. “I wondered if he drove around just to check on the city, and yes h does. Because he cares.”

Permenter warned a spoon could stand up straight in a cup of Hood’s coffee.

“He said I had to toned it down a bit,” Hood said with a laugh. “But I think he came to enjoy it.”

“It takes a special person to be an elected official,” Robbie Hood said. “They don’t come any better than you.”

He turned to Permenter’s wife, Linda, and said, “It takes a special person to let their spouse do what they do as an elected official. Thank you.”

City Council members also took a moment to let Permenter know he would be missed.

Cynthia Adams also worked with him prior to serving on the council. With tars in her eyes, she told him she was going to miss him.

Johnny Asevedo said he had heard good things about Permenter as Asevedo was running for the council.

“You gave me insight on how to present myself for the city. Thank you for all you have done,” Asevedo said. “What you have established here and the foundation you have laid, we will continue to grow to continue your legacy.”

Greg Willis has known Permenter since Willis was a child.

“I grew up in the city you created,” Willis said. “I grew up down the street from you and knew you as a baseball coach. IN the many roles you have had, I never knew you to fail. I had a bird’s eye view of you as a leader. I thank you for everything you have done for me personally.”

Permenter has lived in Pinehurst for 57 years.

City Attorney Tommy Gunn added, “You have been a real leader involved in the community. There are good days ahead for you.”

City of Orange EDC outlook for 2021