OPINION: Story Over a Cup: A Pawsmas Carol continues 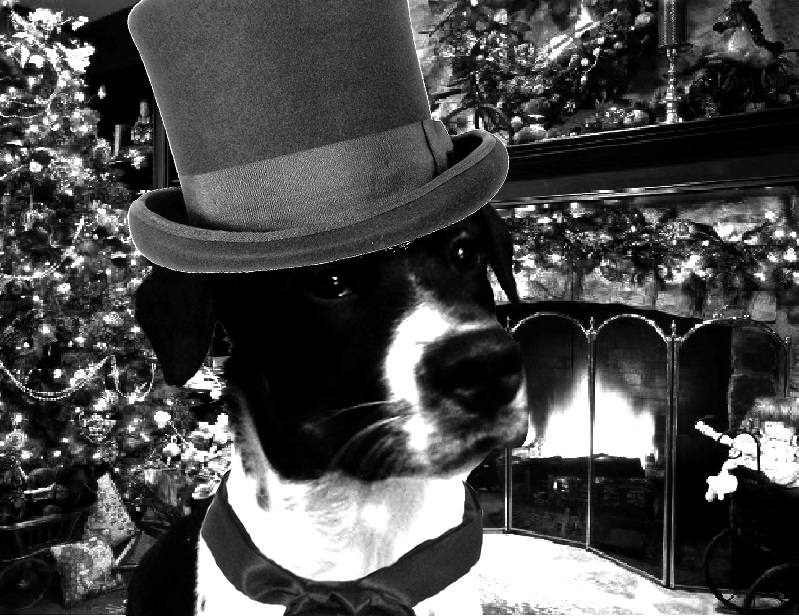 (Editor’s Note: This is part two of a series)

The round ticking thing chimed once and Bill’s eyes popped open. He looked around the room to see it darkened.

He saw Roswell asleep on his bed.

“Ghosts,” he shrugged. It was probably just a bad dream, he thought.

He laid his head down and started to close his eyes. Bill was dozing off when he heard the sounds of footsteps.

His head shot up and his ears perked.

What was that? Maybe just the wind.

Or maybe a burglar out to burgle his rawhides. He sat up.

Bill looked and there stood a Yorkie

He looked familiar to Bill.

“Yes,” the ghost Yorkie replied. “I am the spirit of Pawsmases that have past.”

“Come with me. We don’t have enough time.”

Max gave a bark and the room faded away.

They reappeared in the back yard.

“Spirit, I know this place!”

“It is our yard, but before we had a fence.”

“You and Bernie used to get out a lot. You took delight in running the neighborhood.”

Bill smiled, “We did. It was fun to go in strange yards.”

Max went on, “Your hooman spent hours on Pawsmas looking for you. You stayed just one step ahead of him.”

Max shook his head. Bill could see a younger version of himself and Bernie running around, with Michael quick on their tails.

Bill barked at the two of them. Max merely said, “They are shadows, they cannot hear you.”

The silence was then broken by the sound of screeching tires and Bernie being thrown several feet by the impact of the truck.

Bernie struggled up and hobbled up to Michael. He picked Bernie up and went inside.

Max told Bill, “Your brother was nearly killed by following you outside.”

Bill closed his eyes. “But he was only stunned, not hurt.”

“And you both got out again later that day, much to your hooman’s despair.”

Max scowled, “But it got worse.”

The scene shifted to a few years later. Another Pawsmas. And Bernie and Bill were running the neighborhood again.

Bill clocked his head to the side. He recognized the time.

“I must find Bernie!”

He took off in a dead run. In seconds he was next to Bernie who had found something sweet smelling liquid.

But Bernie gave no hint of having heard him. He lapped up the liquid.

Max went on, “Because you got out, Bernie got sick and left.”

Bill was crying as they suddenly appeared back in the fenced in yard. He saw himself and Roswell at the window as their hoomans drove off in the car with Bernie.

“Show me no more spirit.”

Bill then found himself in his bed.

Michael Cole is a syndicated columnist that when he is not writing, and Roswell plot for global domination. His trusted dog, Bill, rewrites tales from his viewpoint. You can follow him at www.storyoveracup.com